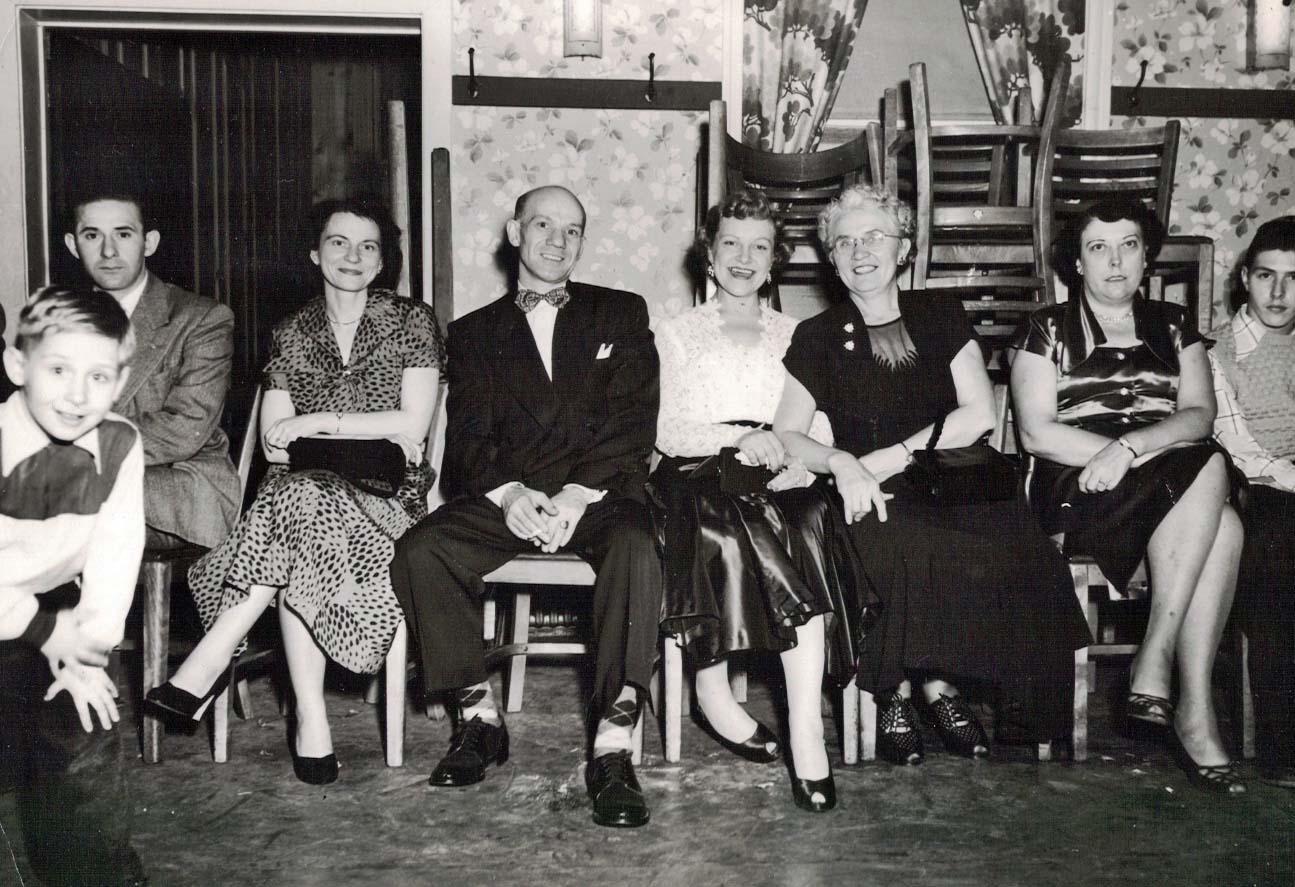 My husband is a very casual dresser. Except when going to the theater, he doesn’t dress up much. In fact, his idea of special occasion clothes are black jeans, a newish t-shirt, and something he calls “fancy dress up sneakers.”

I thought of that phrase when I saw this photo of a family gathering from the late forties or early fifties. The older woman, third from right, is wearing sensible shoes, but with a twist—a lace up style with an open toe and cut out leather or mesh.  Take a closer look. 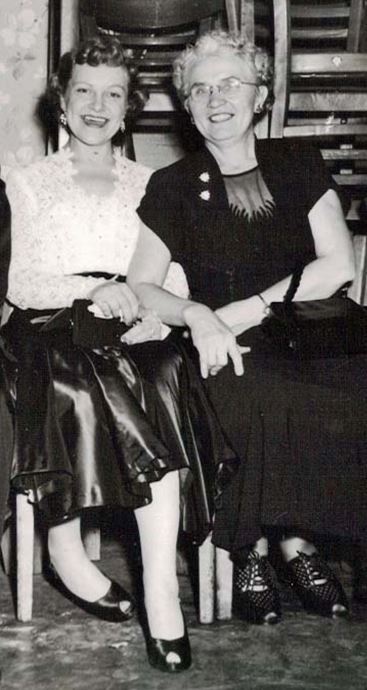 The lacey shoes go perfectly with her dark dress and its beautiful sheer insert.

I looked for something similar, but only came up with a much inferior version from a Sears catalog in 1951. 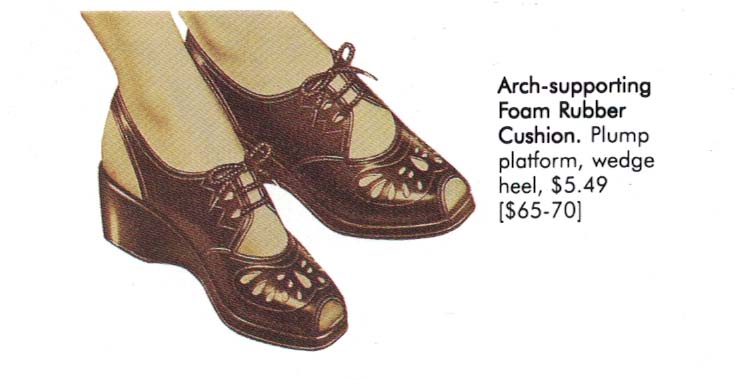 What was the event, I wonder–perhaps a family reunion or anniversary party?  One thing is for sure–the older woman and her younger companion in the shiny skirt are the best dressed in the bunch.

This entry was posted in 1950s and tagged shoes. Bookmark the permalink.

3 Responses to Fancy Dress Up Oxfords