Donna Karan in the Black 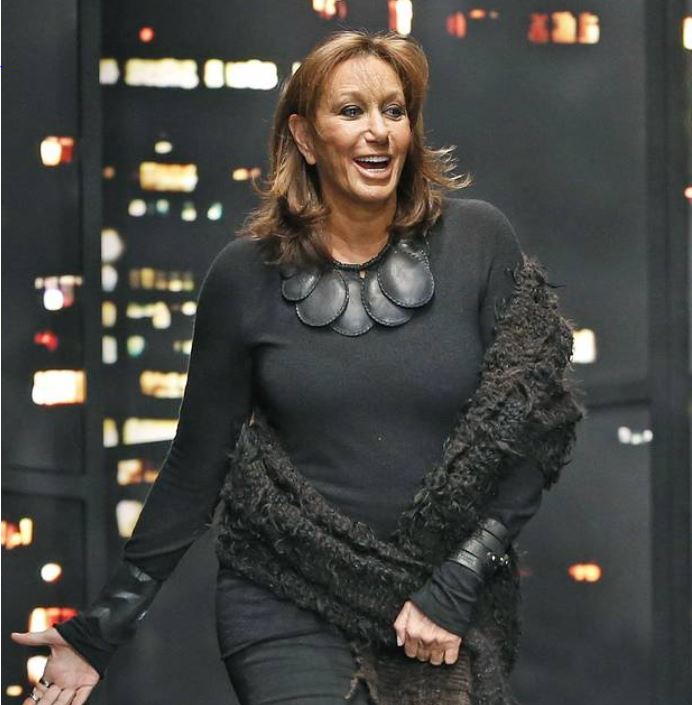 I’ve never bought anything by American designer Donna Karan—her clothes are far above my price range.  But after reading her new autobiography, My Journey, I think I might have been influenced by her approach to clothing. In the late eighties, when I was working full time and had a young child, I developed a basic uniform based on black. The foundation was a pair of black pants, either trouser style or more often the pull on kind. I combined this with a simple shirt and jacket, either a black shirt with a colorful jacket or a colored shirt with a black jacket.  I’m not sure I was aware of Karan’s black based “seven easy pieces” made for her line Donna Karan New York. It must been in the air, though, since I had created “three easy pieces” of my own.

By any standard, Karan has led a charmed life as a fashion designer.  She worked as Anne Klein’s main assistant and took over the brand with Louis Dell’Ollio when Klein died an early death from cancer in 1974.  At that point Karan was only twenty six years old. She stayed for eleven years, When she decided to launch her own line in 1985, she received generous backing from Anne Klein’s owners. Her company went on to become a megabrand, with a more casual line, DKNY, a menswear line, and innumerable spinoffs into make up, fragrances, leather goods, etc.  In the process, she won pretty much every award the fashion industry has to offer.  In 2004, at the young age of 55, she received the Council of Fashion Designers of America Lifetime Achievement award.

Karan is best known for her love of black, a topic that she brings up many times in her memoir.  “Black. The color that does it all. It’s sophisticated, says New York, looks good on everyone, goes seamlessly from day into evening, matches everything, doesn’t get dirty, travels well, sets a canvas for jewelry, erases extra pounds, and allows a woman’s skin and personality to shine. Do I need to go on? I will anyway. You never regret buying a good black piece. It is timeless, seasonless, and ageless, and it looks right anywhere in the world. To me, it’s a uniform you put on and don’t have to talk about again.” (139)

I gave up wearing black about ten years ago—the color was getting me down. But Karan, now in her mid sixties, never changed her mind. For her, black is ageless–her signature look remains all black clothes with big statement jewelry.

Just last year, Karan stepped down from the brand that bears her name. These days she has a new enterprise called Urban Zen, which focuses on fashion, health, and philanthropy.  The clothes are looser with a lot of drape.  They feature muted colors and even a few prints.  But since Karan is in charge, there is still a lot of black.

9 Responses to Donna Karan in the Black