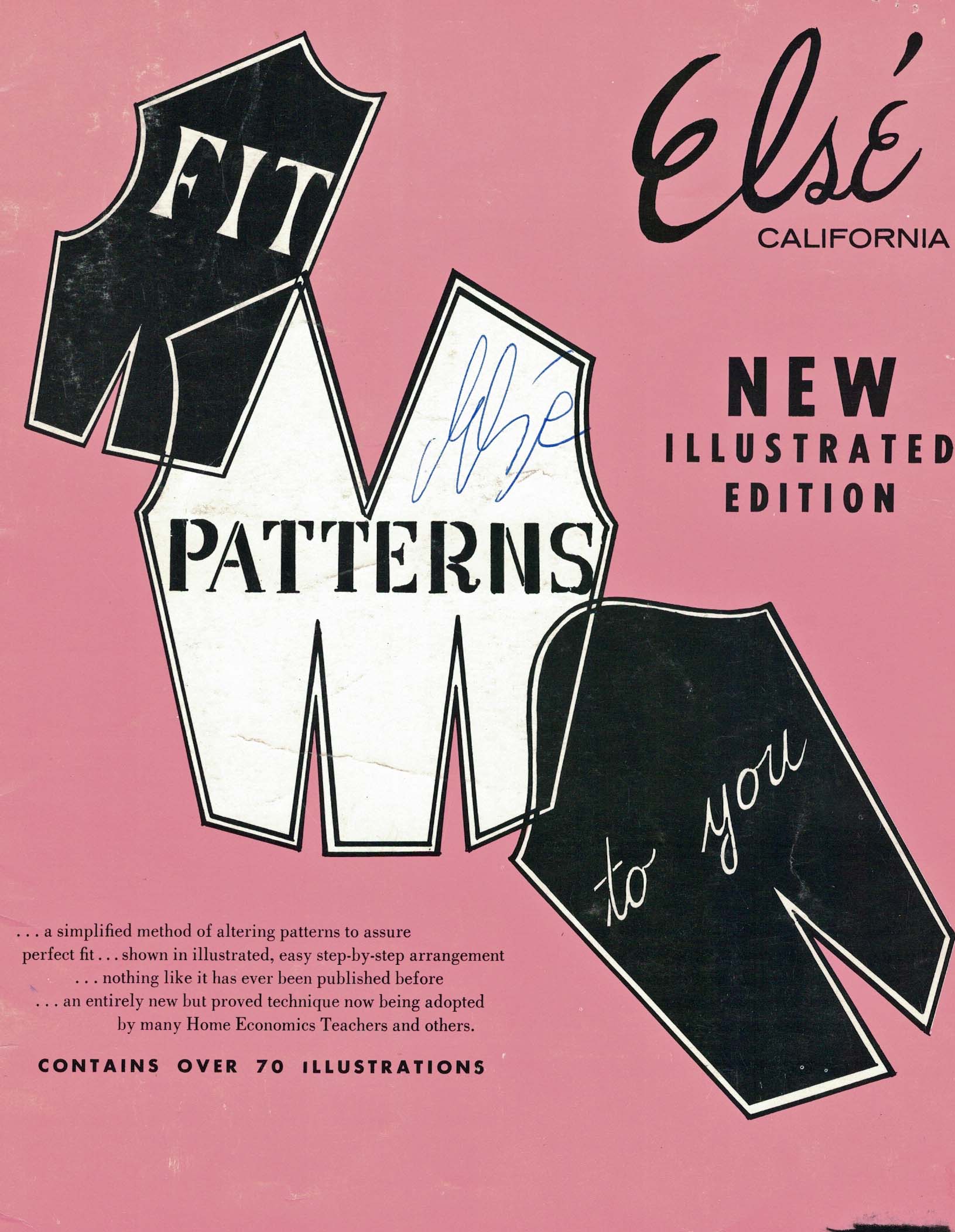 If you sew, you know that there has been an explosion of independent pattern companies in the past few years. Although the number of these companies is unusual, pattern lines outside of the Big Four (Butterick, McCalls, Vogue, Simplicity) are nothing new. The highly successful Stretch and Sew is just one example.

Not long ago, the Sunny Gal Sewing Studio blog introduced me to yet another of these product lines, Elsé California. I thought I would dig deeper to find out more about the creator. According to newspaper articles, Elsé Tyroler was a German born master tailor. She married an American and moved to the United States in 1950. She got started right away teaching sewing. The booklet above, found on Etsy, was already in its second edition in 1953. In it she shows basic techniques on how to alter patterns. 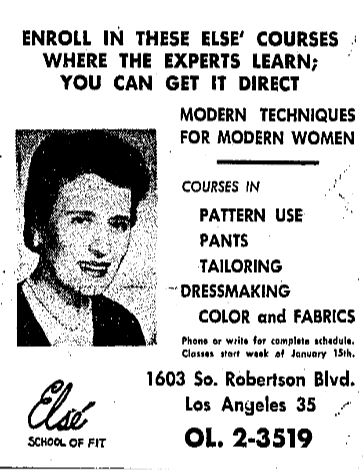 In the early 1960s, she started the School of Fit in Los Angeles, where she gave sewing classes. Pants became her specialty. Her 1963 book of tips, Sewing Pants for Women, announced, “Pants are here to stay. Most of us admitted that long ago. The only question is: are they staying at the Ritz, or in some cold-water flat on the back streets of fashion?” The opening illustration shows women of all ages and sizes in pants.

By the time her pants book came out, she was already publishing her own patterns, focusing on separates and specializing in knits. They were multi-sized, the earliest I have seen for this method. One LA Times article called her the originator of this idea. Her “All in One Pants Pattern,” for example, included hip sizes from 32 to 44. 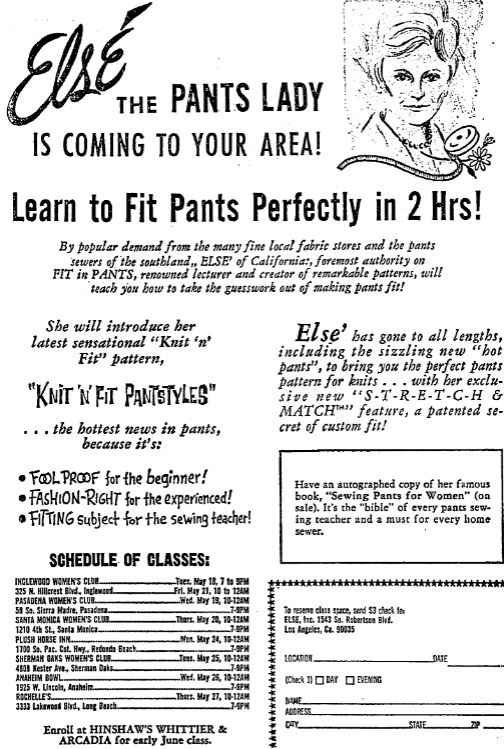 She achieved local fame as the “Pants Lady,” traveling around Southern California offering classes on how to fit her patterns.

Elsé faded from view by the mid 1970s, perhaps because her ideas were taken up by bigger operations like Stretch and Sew and eventually the Big Four. But you can still find her patterns on Etsy, Ebay, and yard sales. I might look for that foolproof pattern. I would dearly love to know how to fit pants perfectly in two hours.

Pants in the Seventies, Part Two
Big Hair from the Sixties
Marjorie Hillis Roulston’s Advice for the Single Woman
This entry was posted in 1950s, 1960s, 1970s and tagged California, pants, sewing. Bookmark the permalink.