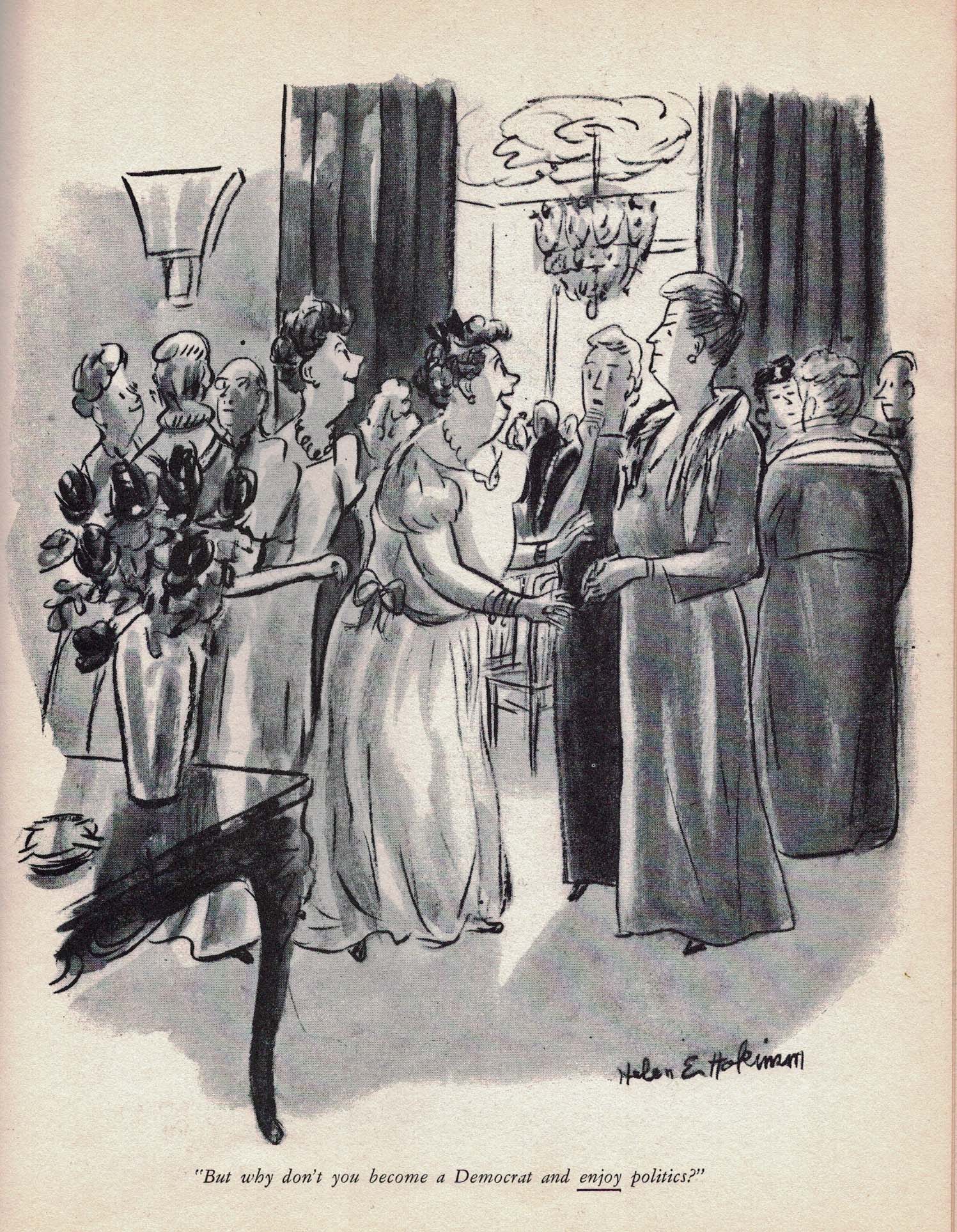 Since the presidential election season is gearing up in the US (and it seems to last forever), I thought it was time for a little political humor. So I reached back into my collections of cartoons by Helen Hokinson, who published in the New Yorker from the mid 1920s until her death in 1949. She loved to make fun of the wealthy matrons of New York City and its environs.

At first glance, her women seem to look very much the same—on the large side, older, and with conventional upscale clothes. But looking more closely at the cartoon above, you can see that that she paid attention to subtle differences. The Republican embodies the word “uptight,” with her rigid posture (probably held in by a corset) and severe coiffure. The enthusiastic Democrat could use some shape wear. She is dressed a little too young for her age, with a fluffy hairdo, flowing dress, and puffy sleeves. 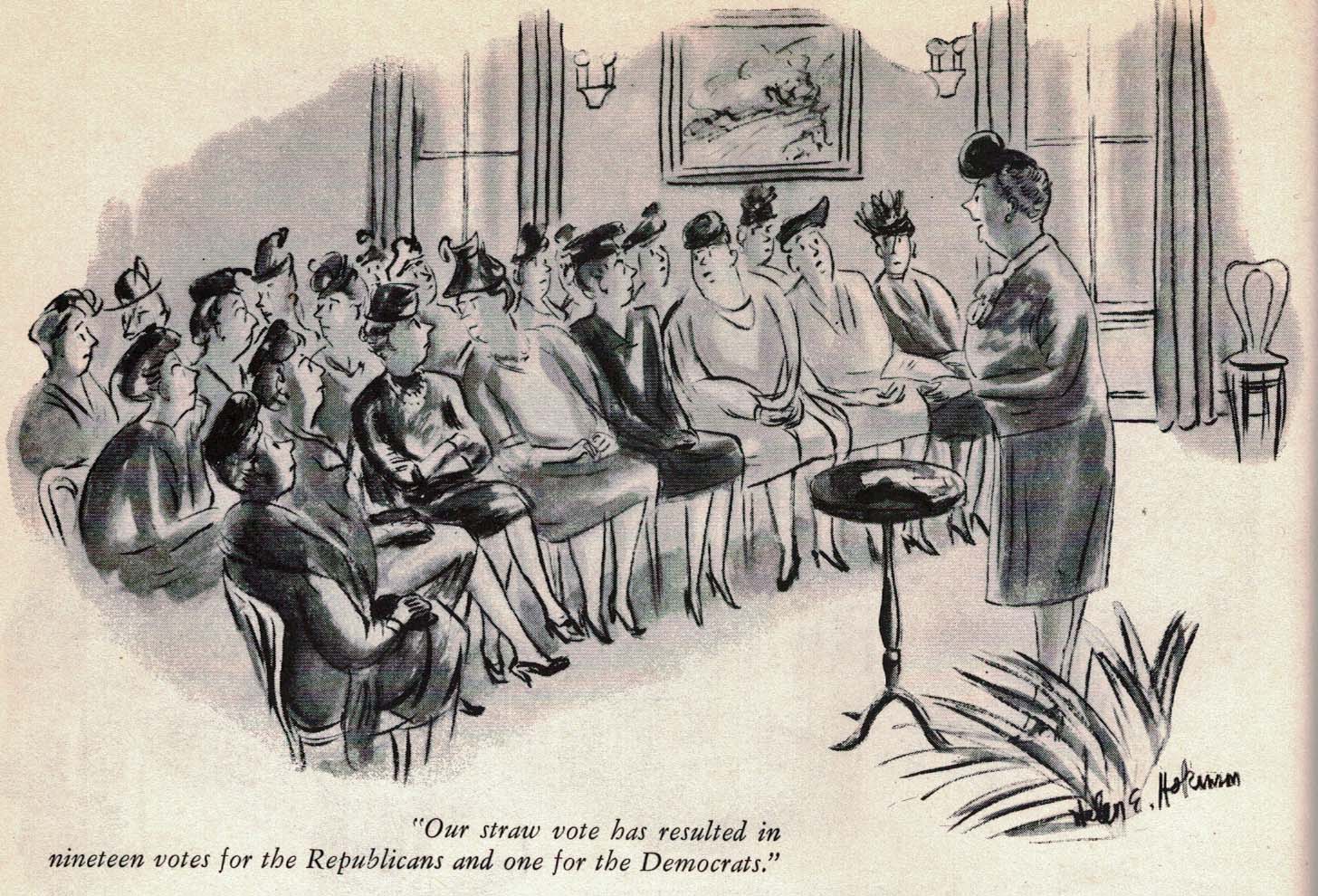 Helen E. Hokinson, There Are Ladies Present. Click to Enlarge

Following the same logic, shouldn’t we be able to pick out the Democrat here? 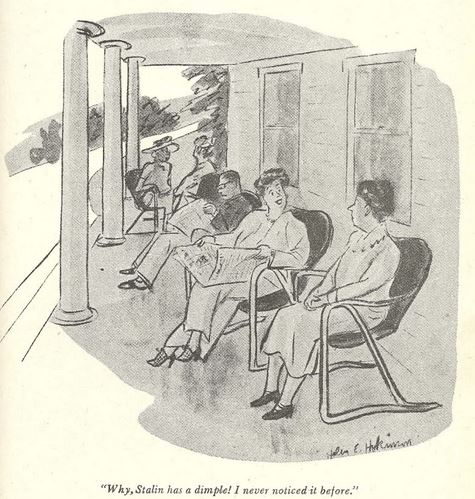 And as a former historian of the Soviet Union, I had to include a favorite cartoon from 1942, when the US and USSR were allies.  Note that the observant woman wears pants.