The Chemise and the Older Woman 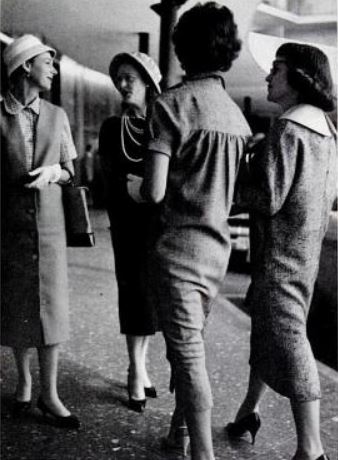 We tend to think of fashion in terms of decades, but this is only a rough convenience. After all, the square shoulders of the forties ended with the New Look of 1947. And a decade later, the nipped waists of the New Look were challenged by a new shape, the chemise or sack, which hearkened back to the dropped-waisted or waistless styles of the flapper era.

The chemise–its rise, fall, and rise again–is a big topic in Bernard Roshco’s book, The Rag Race: How New York and Paris Run the Breakneck Business of Dressing American Women (New York: Funk & Wagnalls, 1963). In this journalistic exposé of the fashion industry, Roshco attempts to explain how and why styles come and go, as if to a mystified male audience paying the bills.

Although Parisian designers had been experimenting with new shapes for awhile, the chemise got its first big introduction into the American market in 1958. It aroused a lot of male opposition, Roshco reports. “It’s kind of like looking at a tent,” according to one young man.(173) While initially very popular especially among the young, the chemise fad did not last long. According to many fashion writers, men played a part in killing the style.

But older women also had a hand in resisting this new trend. Makers of dresses catering to the older set put out styles that were only slightly unfitted, and even these were not all that popular. “The older the customer, and the more expensive the dress she bought, the less likely it was to be a chemise.”(190) 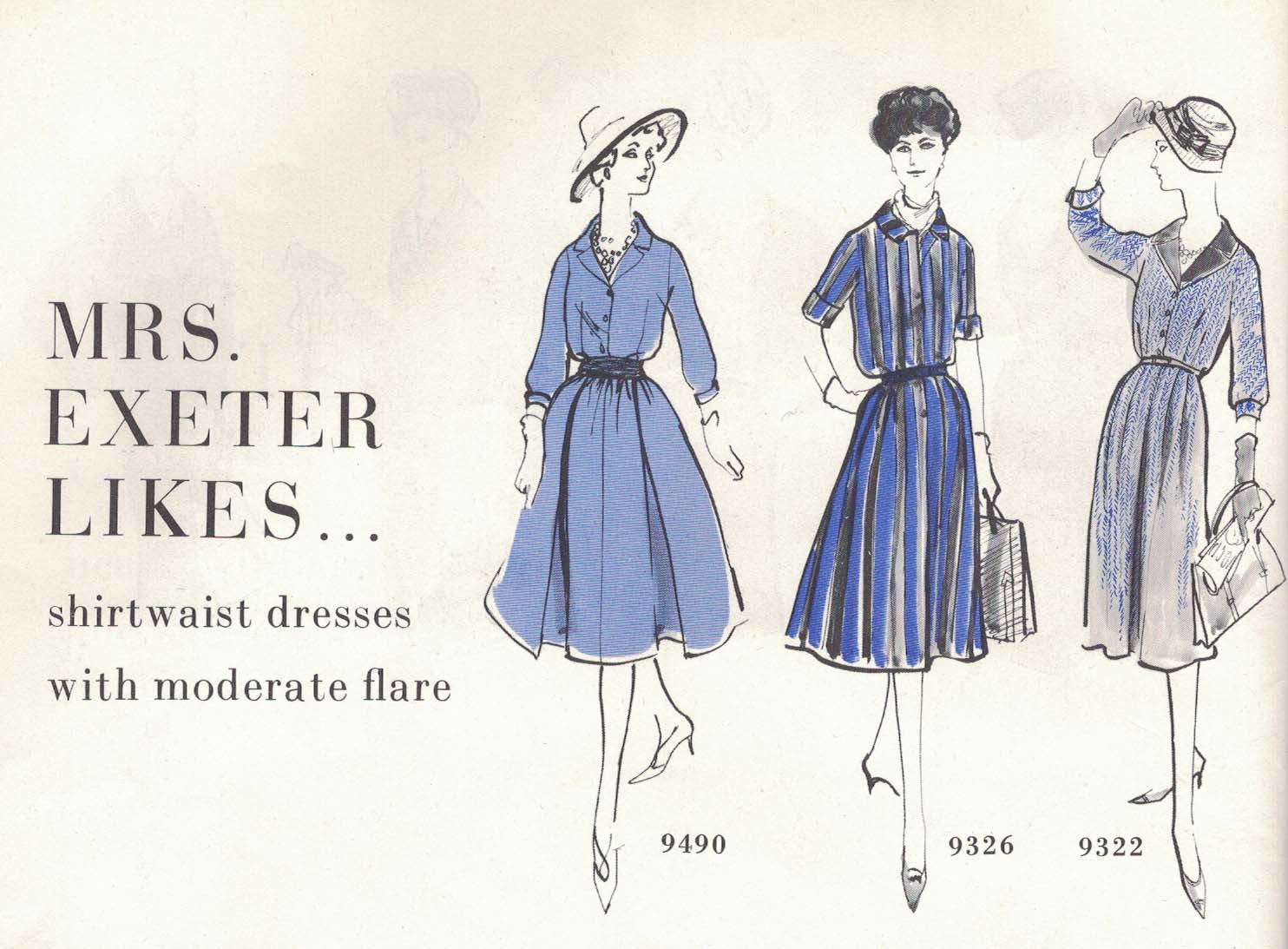 A 1958 issue of Vogue Pattern Magazine bears this out. While the chemise was introduced elsewhere in its pages, Mrs. Exeter, the older fashion icon, stuck with shirtwaist dresses and suits with defined waistlines.

As we know, the defeat of the chemise was only temporary. It returned in a modified form in 1960s fashion. “The styles worn and popularized by Mrs. Kennedy—the loose overblouses, semi fitted jackets and coats, dresses without sleeves and with easy fitting waistline—represent the eventual triumph of the fashion disaster of the 50s, the chemise.”(220)

Turbans and the Older Woman
The Headwrap and African American Culture
Jo Copeland and her Daughter
This entry was posted in 1950s, 1960s and tagged generations, Mrs. Exeter. Bookmark the permalink.

2 Responses to The Chemise and the Older Woman