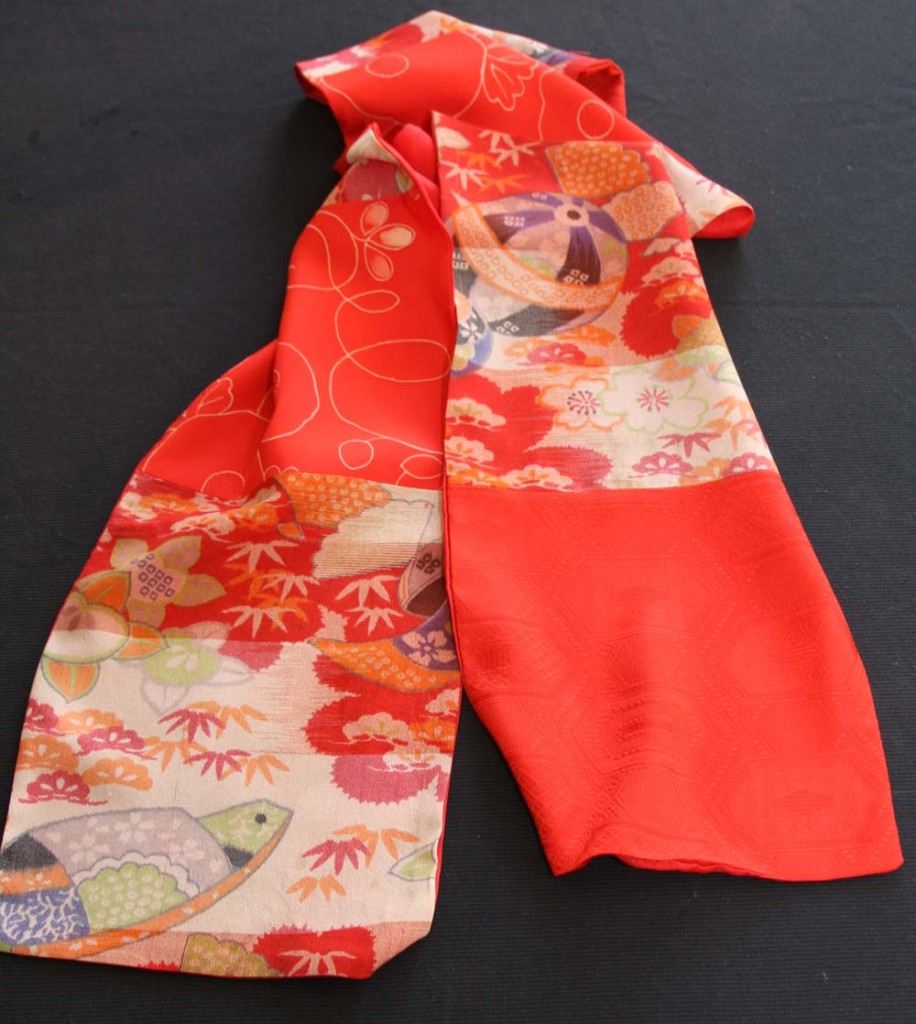 My passionate love of kimono began maybe twenty years ago at a booth selling old textiles on my college campus. While the students were buying t shirts and jewelry at other stalls, I stood dumbstruck in front of a small display of kimono and haori (the shorter jackets).  I wish I had taken the vendor’s card, since she introduced me to a life-long passion. The textured rust and ivory haori I bought that day is still clear in my memory. Since then, I’ve sewn many jackets, vests, and bags from kimono silk, but scarves are my favorite. Made from at least two different fabrics, they are great fun to put them together. 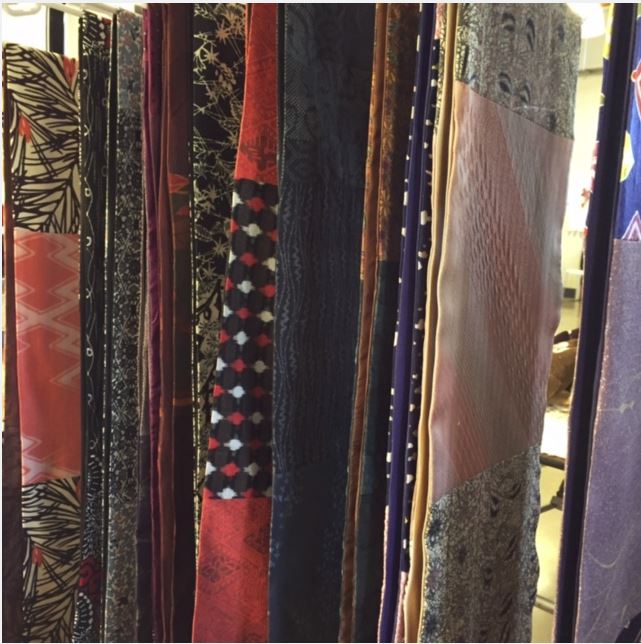 Twenty years ago, it was easy to find kimono in Southern California. Some thrift stores bought them by the bale. A now defunct company called Textuba held several sales a year offering kimono by the thousands. Now they are much harder to find. Most of my fabric comes from ebay, although I still have a few pieces left from my two trips to Japan.

In the early days of Etsy, I had a small shop for my scarves. Now I mainly sell at a local holiday fair in my neighborhood. I can truthfully say that I’m in it for the fabric, since much of the money I make goes right back into kimono. I will never tire of their beautiful colors, designs, and textures.

About the time I discovered kimono, I saw an odd film by Diane Keaton called Heaven where she interviewed people about their personal visions of paradise. She didn’t ask me, but I’ll tell you here—I hope it looks a lot like a Japanese flea market.

Age Affirmative Advertising
Home Sewing and Fast Fashion--Thinking about Waste
Mother of the Bride
This entry was posted in 2010s and tagged About Me, sewing, textiles. Bookmark the permalink.