The Fashion Lag on the Small Screen 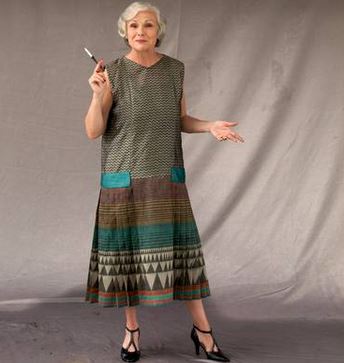 Have you discovered the new Masterpiece series Indian Summers, broadcast on PBS? Set in India in the early 1930s, the show examines the rise of the Indian independence movement set against a backdrop of British privilege. If you like Indian textiles, it is treat.

One of the main characters, Cynthia, is a malevolent older woman who runs a club for the British in the Himalayan vacation town of Simla. Her main goal is to beat back any move toward Indian autonomy. Although many of her clothes are made from local textiles, they do not follow the styles of the thirties. In a wonderful slide show, costume designer Nic Ede tells why in a clear explanation of the fashion lag:

“Because [the actress Julie Walters] is playing a woman in her early 60s, we decided that the time that she felt most comfortable was about 1924, when she was in her early 50s, with the loose, low waistlines and the longer hems. I just wanted to make her look as though she had given up on fashion to a certain extent because she had found a period that suited her and stayed with it, which of course a lot of women in that period did, particularly older women. They stuck with that, with a period that suited them and they were probably at their happiest.” 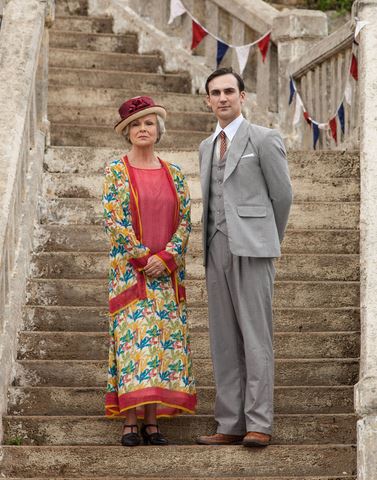 You can see his use of a sari in the outfit above.

Ede makes it sound like the fashion lag is a thing of the past when he says that fixing on a certain style was what “a lot of women in that period did, particularly older women.”

But has really gone away? Do you know women who have “given up on fashion” because they have found a period that suits them?

Today’s Fit Patterns by Sandra Betzina—A Line for Older Women?
For the Love of Circles, 1939
A Look Inside my Closet
This entry was posted in 1930s, 2010s and tagged popular culture. Bookmark the permalink.

8 Responses to The Fashion Lag on the Small Screen