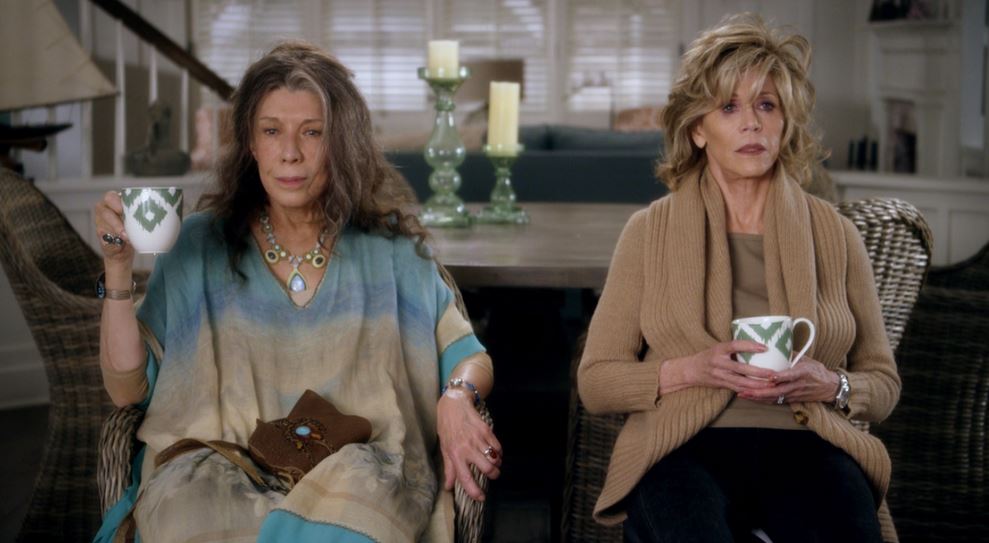 I binge watched this Netflix series featuring two older women—my research made me do it. Here is the plot in a nutshell. Two male law partners, one stuffy (Martin Sheen as Robert Hanson) and one laid back (Sam Waterston as Sol Bergstein), have been secret lovers for decades. Once gay marriage becomes legal, they decide to marry. The show begins when they tell their wives, a retired entrepreneur in the beauty industry (Jane Fonda as Grace Hanson) and an unreformed hippie (Lily Tomlin as Frankie Bergstein), that they want divorces.

Through complex twists and turns, Grace and Frankie end up living together in a beach house in San Diego. Tension and high jinks ensue when matchy-matchy Miss Perfect (Grace) has to put up with a caftan wearing, pot smoking, vegetarian roommate who gives art classes to former convicts (Frankie). 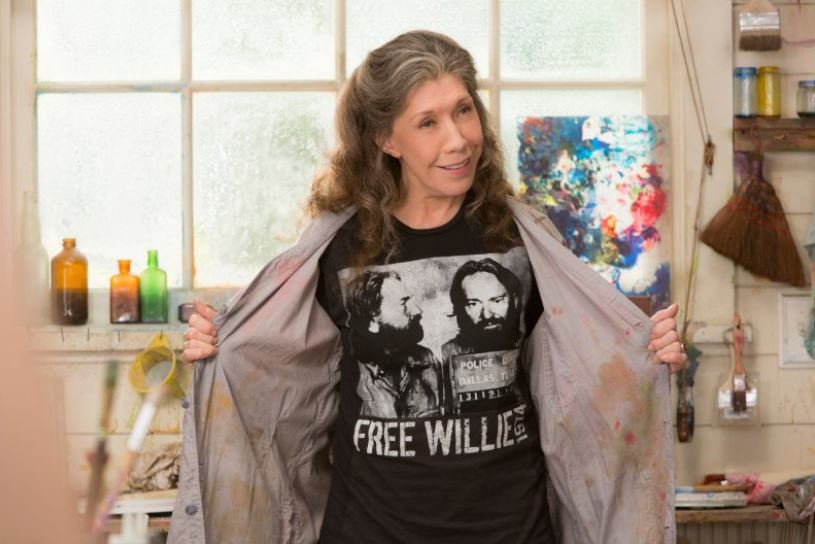 Their contrasting wardrobes do not take much imagination. Grace/Jane Fonda sports black, pale neutrals, and tailored blouses, as well as some really tight dresses.  Frankie/Lilli Tomlin wears a lot of flowing robes, jeans, and big necklaces. Fonda dies her hair; Tomlin doesn’t.  Perhaps one of the funniest episodes is when they dress up in one another’s clothes.

Grace and Frankie women don’t face the typical problems of soon-to-be-divorced older women. They have no money issues. They don’t even want for male attention. Grace immediately attracts a hunky older boy friend and shows she can still look fabulous in a night gown. Frankie also has a chance at romance, but turns it down. 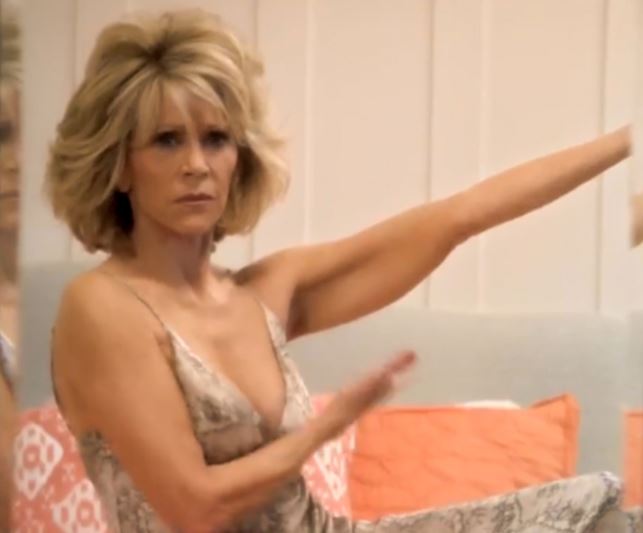 In all fairness, the show does address some of the challenges facing aging women. One episode discusses the difficulties of sex after menopause. Frankie faces discrimination when she applies for work. They both discover that young store clerks see right through them. (I was dismayed to learn that I was not the only one to note how invisibility could be a super power, but you read it here first.) Even the svelte Grace has body issues.

I will watch the second season, for research purposes. Let me state for the record, though, that I ended up being more interested in their adult children than in them.

This entry was posted in 2010s and tagged popular culture. Bookmark the permalink.

2 Responses to Grace and Frankie