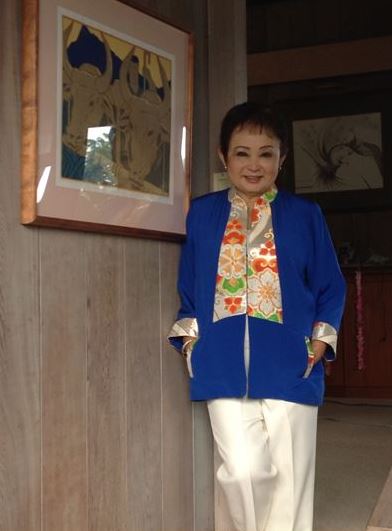 When some people say that they have been sewing forever, it’s an exaggeration. Not so for Marion Higa, now in her early seventies. She started sewing as a young girl, part of Japanese language and culture classes many Japanese Americans attended in Hawaii. At an early age, she could hand sew yukata, cotton kimono. Soon after she learned pattern drafting and construction techniques at the Kimata Sewing School, a well known Honolulu institution. At barely five feet tall, Marion learned early on that it was more efficient to make her own well fitting clothes than to buy ready to wear.

By the time she was a young wife with two small children, Marion was a sewing whizz. She made clothes not only for herself but also for her family. While her late husband was in law school, she took tailoring classes so that she could make his suits. She sewed all of her children’s knit clothing after discovering Stretch & Sew patterns.

Despite her considerable skills, Marion never rested on her laurels. When Threads magazine first came out in 1985, she was an early subscriber. She took classes from the now famous Roberta Carr, who taught fitting and couture techniques. (Carr’s book, Couture: The Art of Fine Sewing, is still in print.) 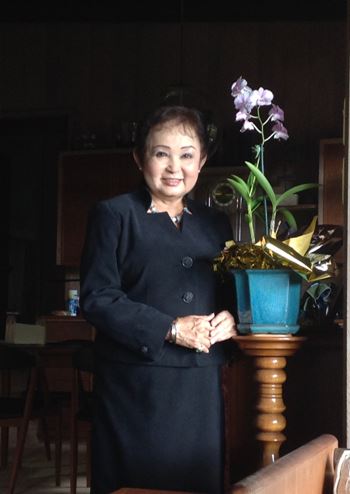 Marion made a career in the state government of Hawaii, working her way up to the top of the State Auditor’s office. She served as auditor 1991 to 2012, so well respected in her role that the Hawaiian PBS channel made a documentary about her. Hawaii was in the forefront of the casual clothing movement, inventing “Aloha Fridays.” Women could wear muumuus to work, but she quickly decided that look was not for her. Instead, she chose more structured clothing in order to have a polished and authoritative look when she reported to the legislature. ”My work clothing was usually a skirted suit, dress and jacket, or dress with some style to it, or jacket, blouse or simple top and pants,” she wrote to me “Except for travel wear in wool to colder climates, I stuck to silk (matelassé, hand woven, raw silk) or good polyester for jackets.” 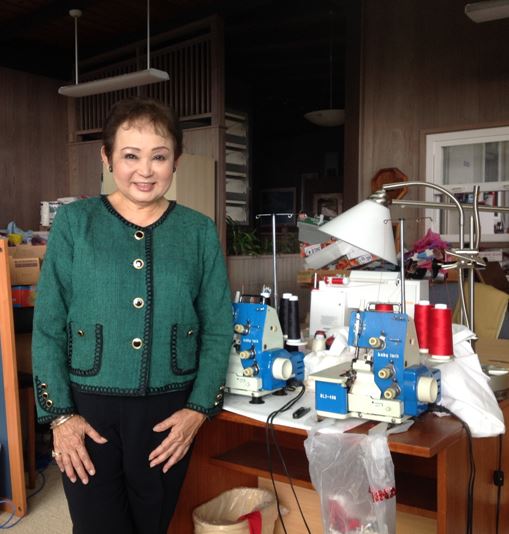 Now that she’s retired, her clothing has become more casual. Nonetheless, she brings the same attention to fit, detail, and fabric to her tee shirts and camp shirts. And she keeps on learning. I sat next to her at a recent Claire Shaeffer workshop, the third one she had attended. As I marveled at her beautiful hand stitches, I learned that they were the result of a lifetime of practice.