Trying on Hats in Bronzeville, 1941 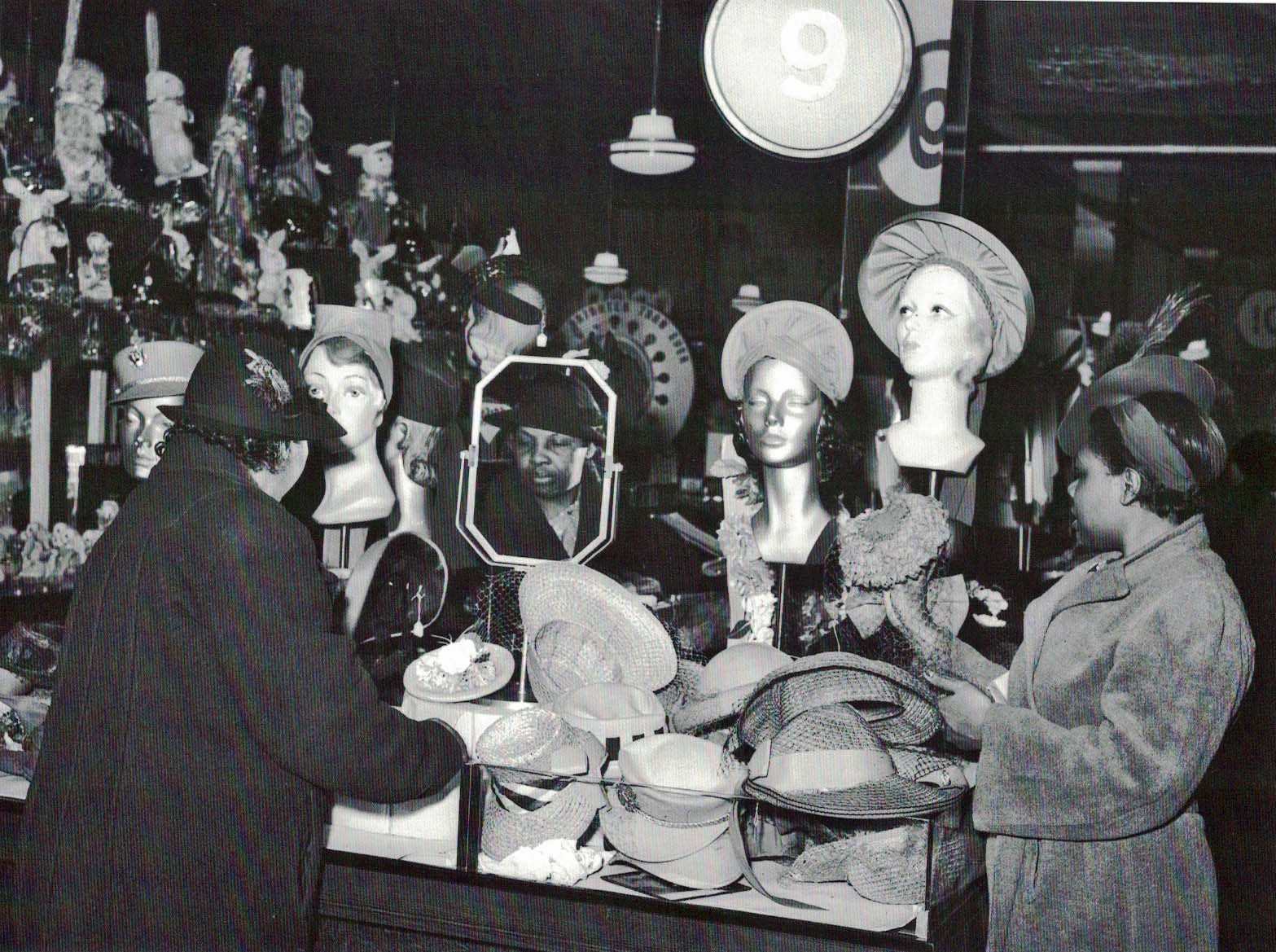 This evocative photo, captioned “Buying hats in a ten cent store which caters to Negroes,” is included in the volume Bronzeville: Black Chicago in Pictures, 1941-43 (2003). The book matches photos taken by photographers working for the federal government with local writing from the black press.

The two women are wearing winter coats, while many of the hats are summer straw—perhaps one reason why they ended up in a budget store. However, the hats they have on look like they match the season. The older woman wears what looks to be on a conservative felt style, turned up in the front.

If you are interested in what ordinary Americans wore in the 1930s and 1940s, there is probably no better source than the photographs made by the Farm Security Administration, later renamed the Office of War Information. Photographers hired by the federal government fanned out across the United States. Their pictures included people often left out of the photographic record, like the urban and rural poor. Since the effort was funded by the government, they are all part of the public domain. Look for them at the Library of Congress or make use of this innovative search tool, Photogrammar, sponsored by Yale University.

This entry was posted in 1940s and tagged African American, hats/headcoverings, Illinois, resources. Bookmark the permalink.

6 Responses to Trying on Hats in Bronzeville, 1941