There are many ways to date photos. In my reading about the history of the snapshots, I’ve discovered that the very shape of the photo is one of them. Although square photographs existed since the early twentieth century, this format became a favorite for amateur photographers when Kodak introduced the Instamatic camera in 1963. Even though the women’s shoes and hairdos look a little dated, I’m guessing these perfectly square photos come from around the mid 1960s. Their cat eye sunglasses have a sixties look as well.

According to the fashion trade magazine California Stylist, pants and shorts were a hot fashion item in 1964. The March issue was entirely devoted to these looks. Nautical styles, like the woman on the left has on, were also quite the thing. Take a look at this ad for the sun ‘n sand brand. 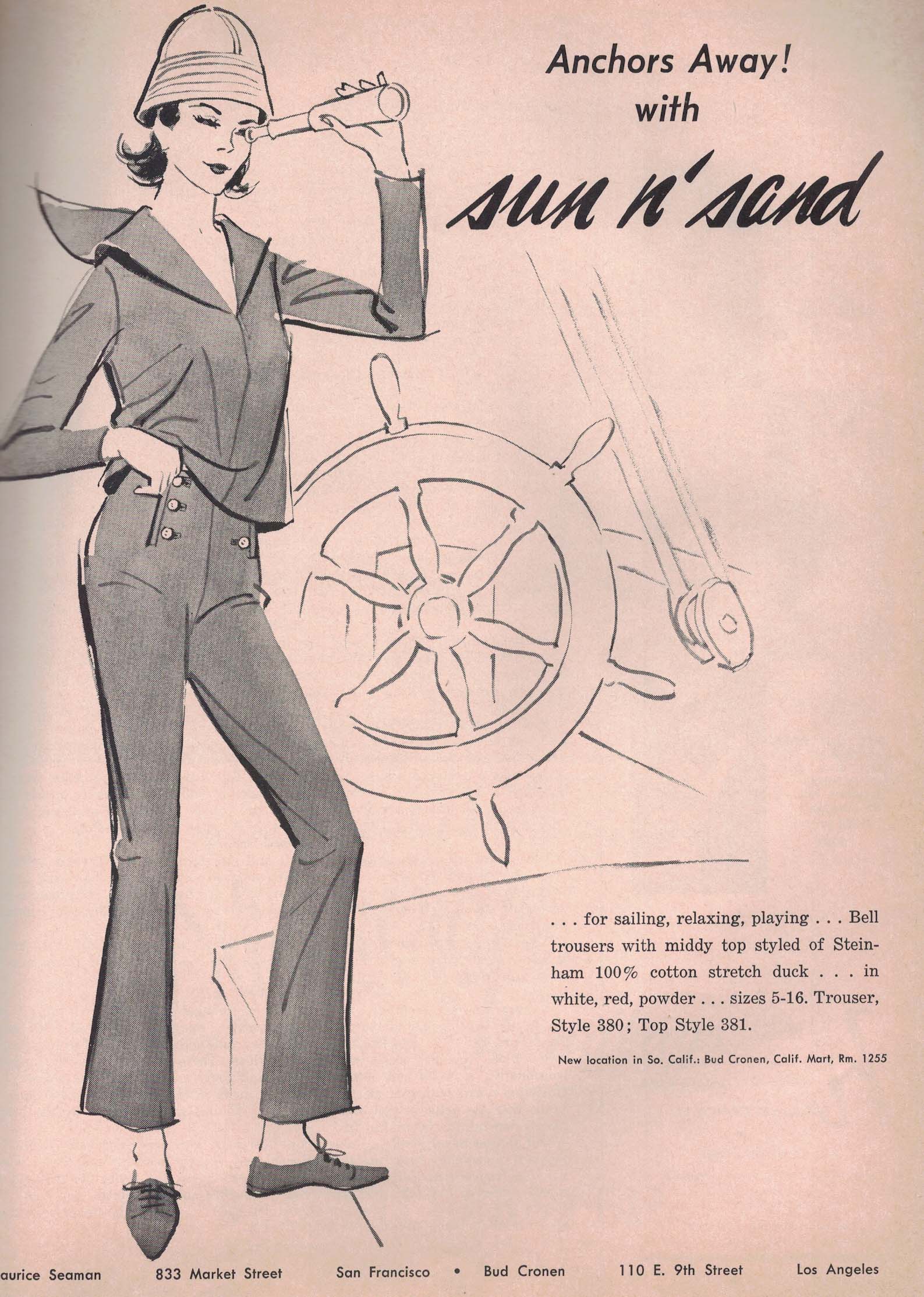 The same magazine issue gave a helpful explanation for the proper name to apply to different lengths of pants and shorts. Following their chart, the woman on the left wears capris, the on the right/middle wears Bermuda shorts (or perhaps rolled up pedal pushers?), and the one on the right in the second photo might have on slacks.

It looks pretty hot. Why is no one in the pool?

This entry was posted in 1970s and tagged pants. Bookmark the permalink.

3 Responses to In Pants and Shorts at the Pool, mid 1960s