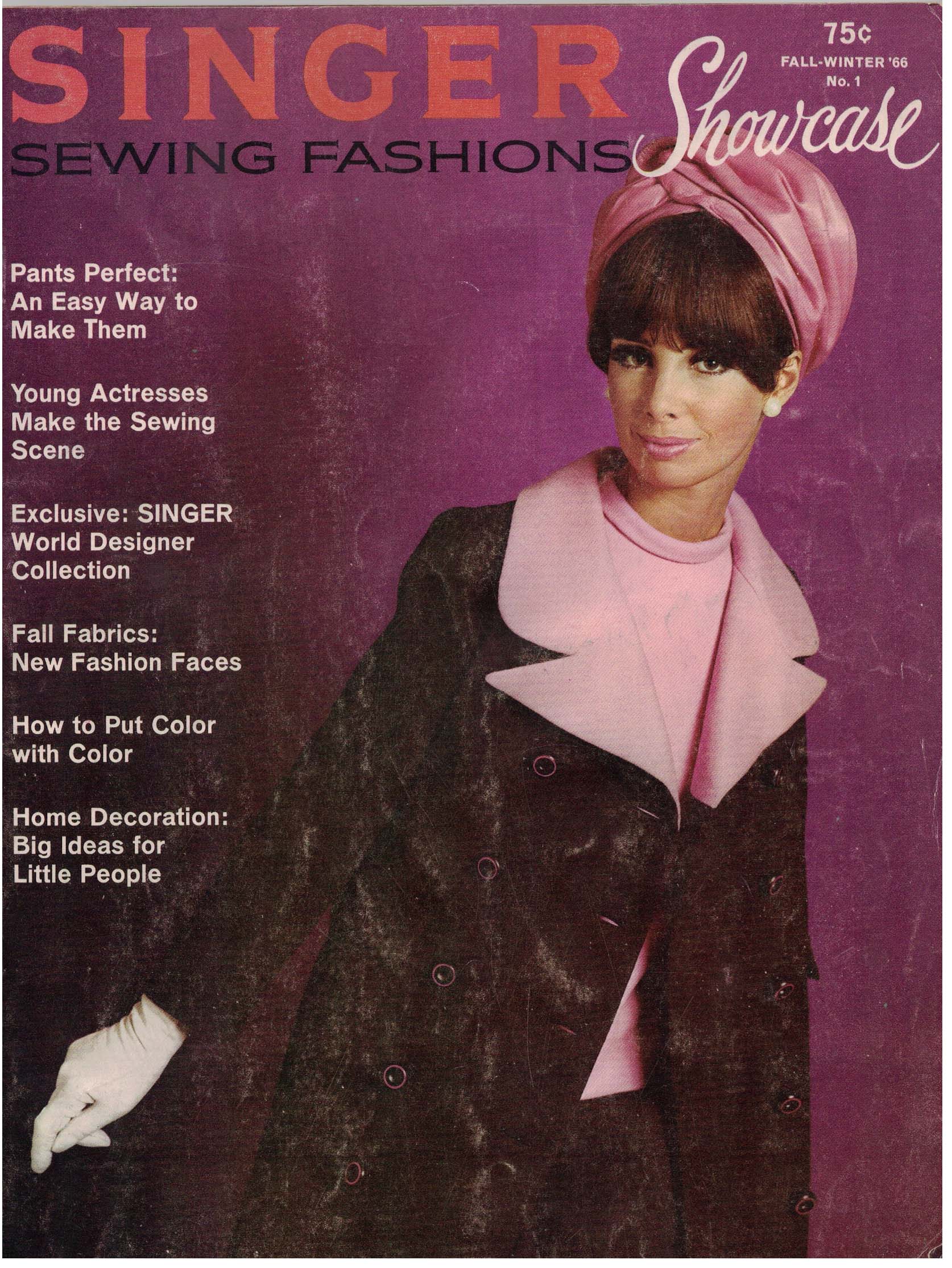 We all know that Singer makes sewing machines. But were you aware the company also ventured into the pattern business? I discovered this by chance (a favorite research method) when I came across the first issue of Singer Showcase from Fall 1966. Here’s a quote from the opening editorial: “Singer Showcase Magazine is excited about sewing. Somehow, slowly but surely in the last few years, sewing has ceased to be a necessity and has emerged as a joyous, creative activity. This magazine begins—not accidentally—at the propitious time.”(11) 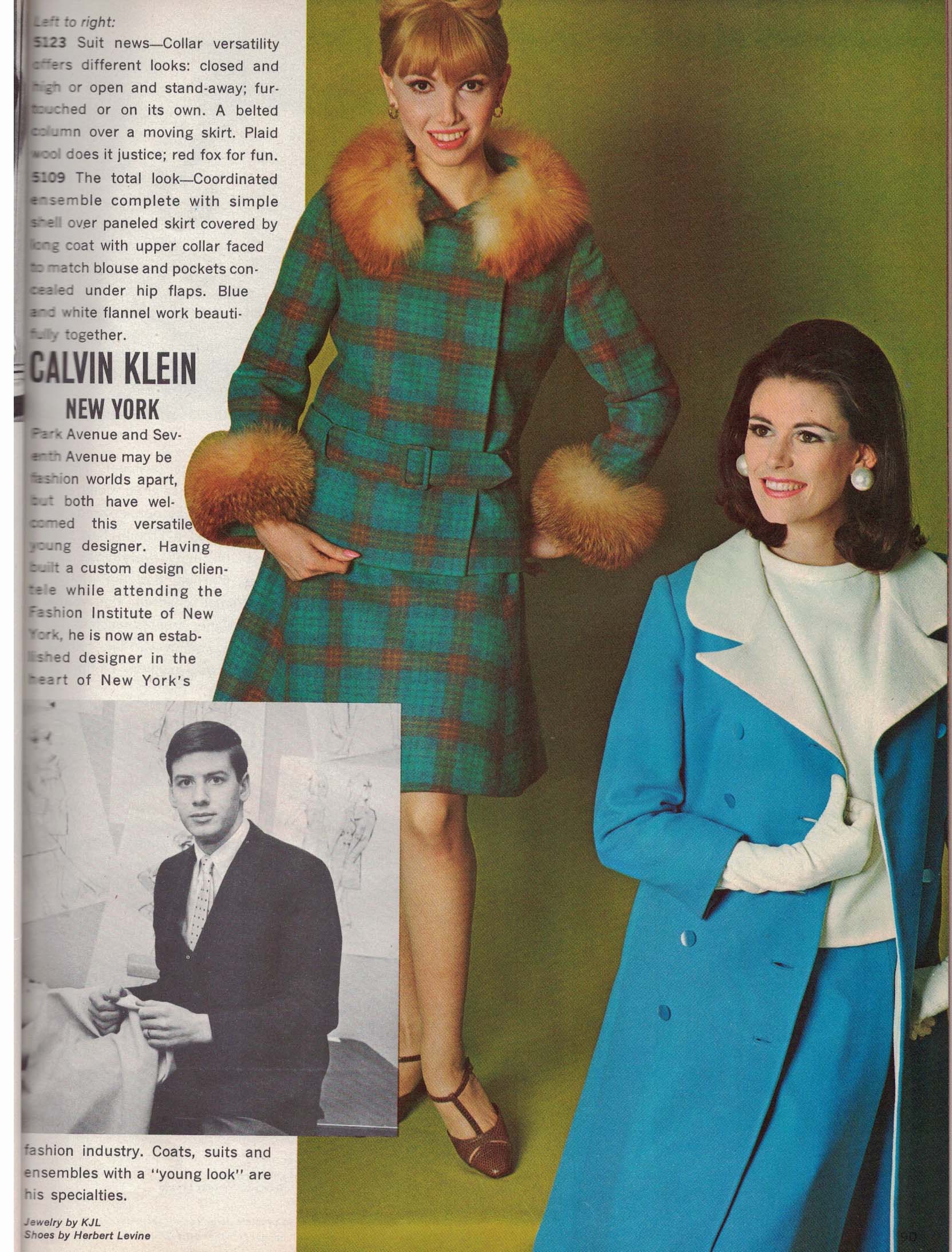 The magazine offered something for most people who sewed: an interview with a well known designer, an overview of fabric trends, advice on fitting techniques, sewing projects for the home, and patterns for women, men and children. Most surprising was the “Singer World Designer Collection” of original sewing patterns from Paris, Rome, London, and New York. Most of the featured designers are now obscure–Hilary Huckstepp and Ann Howard of London, and Thomas Haderer of Paris. One, however, lasted in the big way—Calvin Klein of New York. 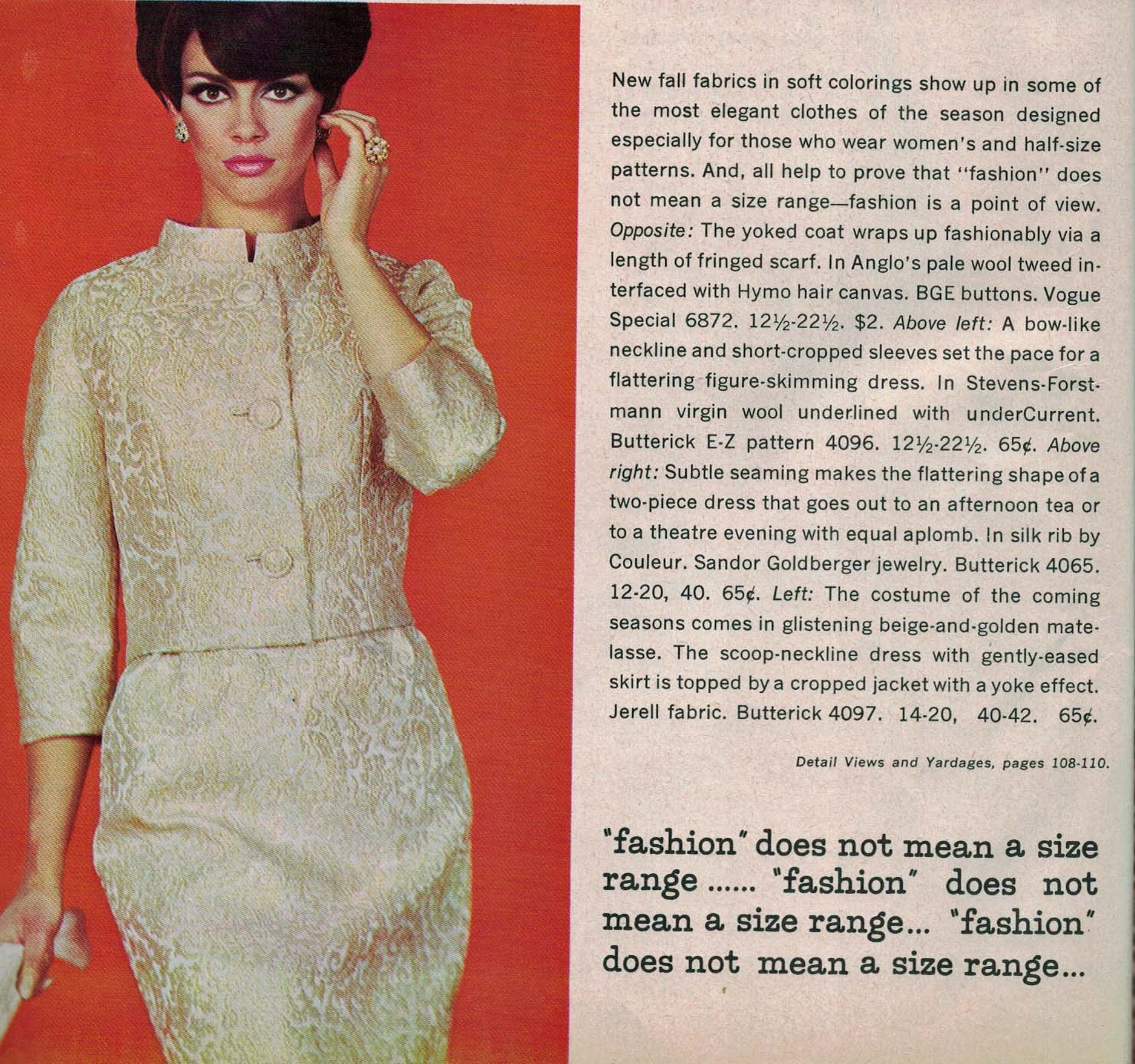 While Singer patterns only came in sizes 8 to 18, older and wider women were not forgotten. There was a two page spread of half size patterns from Vogue and Butterick offered in sizes 12 ½ to 22 ½, “designed especially for those who wear women’s and half-size patterns. And, all help to prove that ‘fashion’ does not mean a size range—fashion is a point of view.”(32)

I’m guessing that the company’s venture into pattern making wasn’t very lucrative. In the next issue of the magazine I found, Spring 1972, Singer patterns had already disappeared.