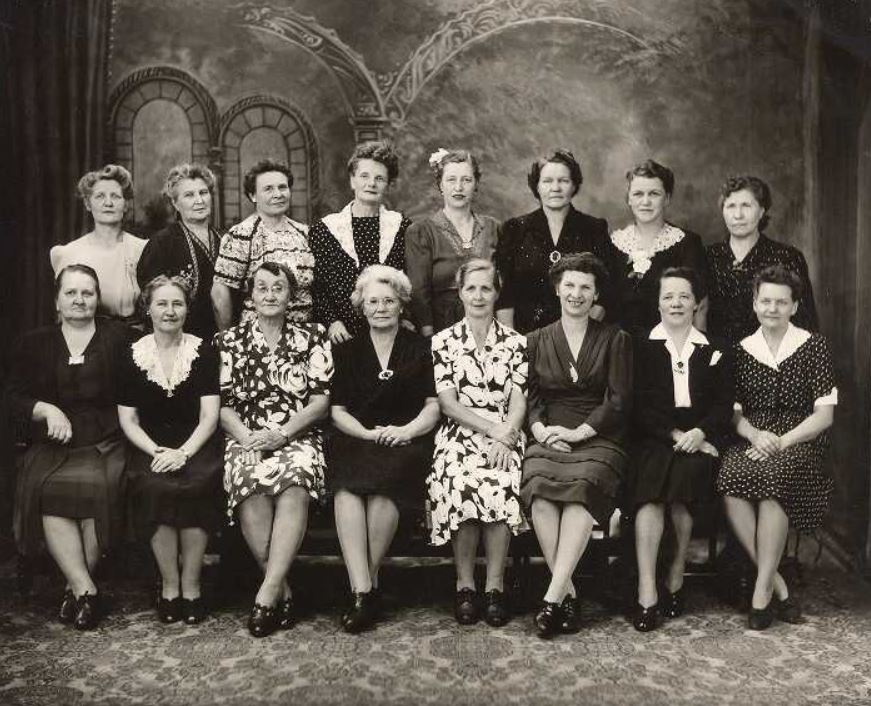 This evocative photo of the Finnish War Orphans Sewing Circle of Cleveland, Ohio features mainly older women. For the most part, they are dressed quite conservatively in dark dresses with brooches or lace collars at their necks. Some sport a favorite discreet print of the era, the refined polka dot.

However, three in the group have bucked the trend and wear large scale prints. The one in the back, third from the left, has toned down her pattern with stripes. Two in the front row really stand out from the crowd in large scale floral prints. Not only do they ignore common fashion advice for the older set, which warns against large scale patterns. I also thought that they had reached far beyond the normal for their era, which favored small, geometric motifs. 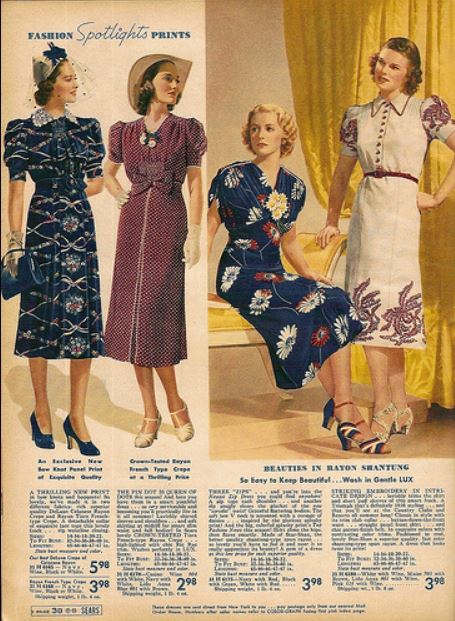 I was wrong about that last assumption, though. Take a look at the bold floral design in a 1938 Sears catalog. Maybe these two women were hoping to look more youthful with their choices. Or maybe they just liked flowers.

Madame Eta’s New Fashions for the Adult Years, 1948
The Way they Wear their Hats, 1934
The Evolution of the Slacks Suit in Montgomery Ward Catalogs

This entry was posted in 1930s and tagged jewelry, Ohio, textile patterns. Bookmark the permalink.