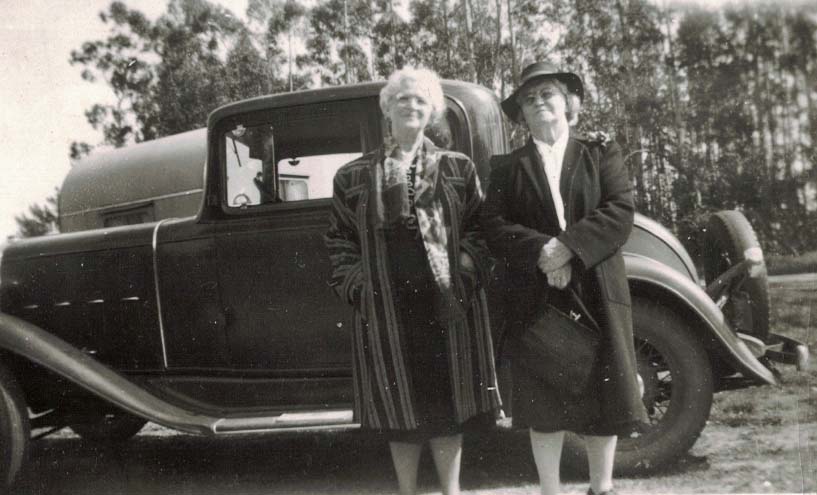 In my rag tag photo collection, I have many snap shots of older women posing in front of cars. Often they radiate the pride of possession, but these two don’t. They also don’t give the impression of living in the trailer that we can see in the background. Were they relatives come to visit? The woman on the right looks like she might be a social worker hired to check on conditions in the campsite.

The treasure here is the bold geometric coat worn by the woman on the left. Hems were on the rise in the early forties, so it looks to be a more recent purchase than her dress.  The coat is a beauty,  with stripes running down the front and a plaid at the shoulders. Although it’s hard to tell, the full sleeves might also be a plaid, with horizontal stripes on the cuffs. 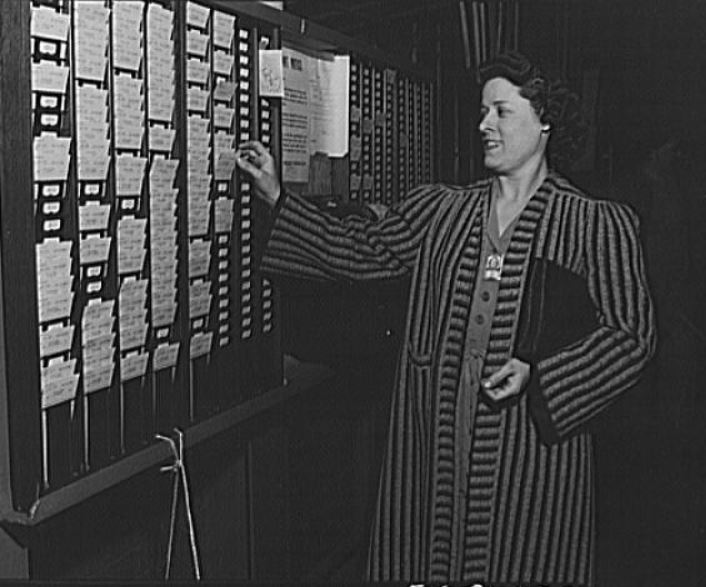 Geometrics were in style in the early forties. Some time back I hired a young costume designer/fashion historian to look through a small sample of my photo collection. She used the distinctive coat above to date the photo, discovering many similar examples from that era. Take a look at the 1942 Office of War Information photo she found of a worker in Detroit wearing a similar wide shouldered geometric coat.

As a lover of all things geometric, it would be tough for me to choose between the two coats.  If forced, however, I’d take the one in the trailer camp for its more elegant shoulders and more inventive use of stripes.