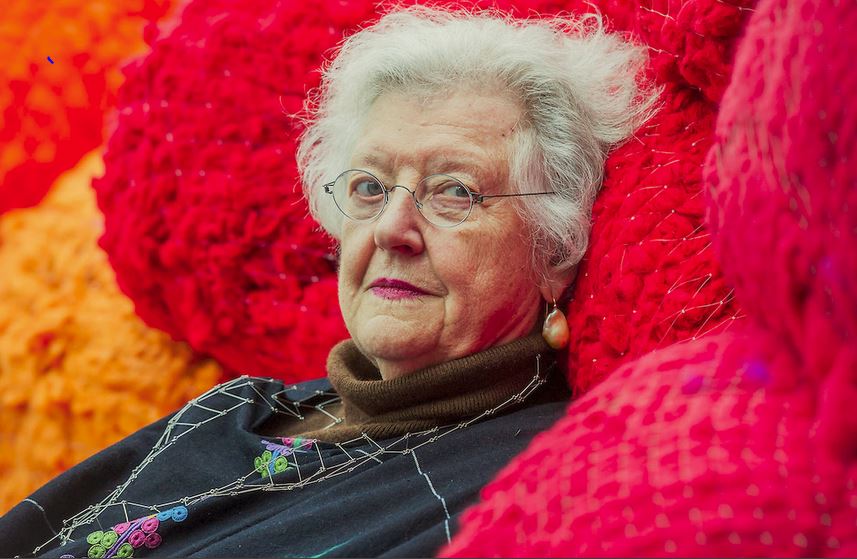 As a lover of all things having to do with yarn and thread, it pains me to admit that I only learned about the famous textile artist Sheila Hicks from a recent article in the New York Times. She made news by volunteering to recreate a subtle textile wall in the lobby of the Ford Foundation offices in New York. The wall, first made in 1967, had been damaged by chemicals used in fireproofing. Hicks volunteered her time; the foundation paid for materials and assistants. 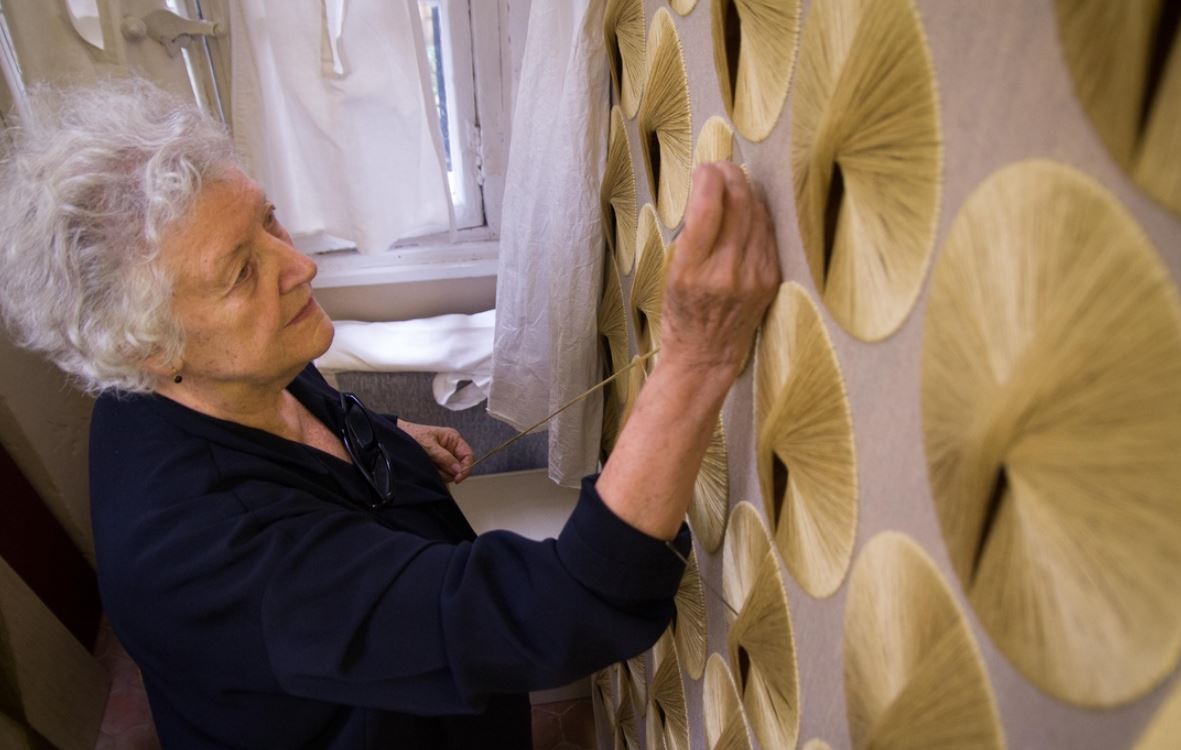 The monochromatic golden wall is not typical of Hicks’ work, which usually explodes with color. Born in Nebraska in 1934, Hick studied art at Yale. Most biographies list the important male painters who influenced her. This fascinating account mentions that she became intrigued with textiles by meeting the famous Bauhaus weaver Anni Albers, wife of one of her painting teachers, Joseph Albers. A study trip to Chile led her to investigate textiles around the world, including South America, Mexico, Morocco, and India. 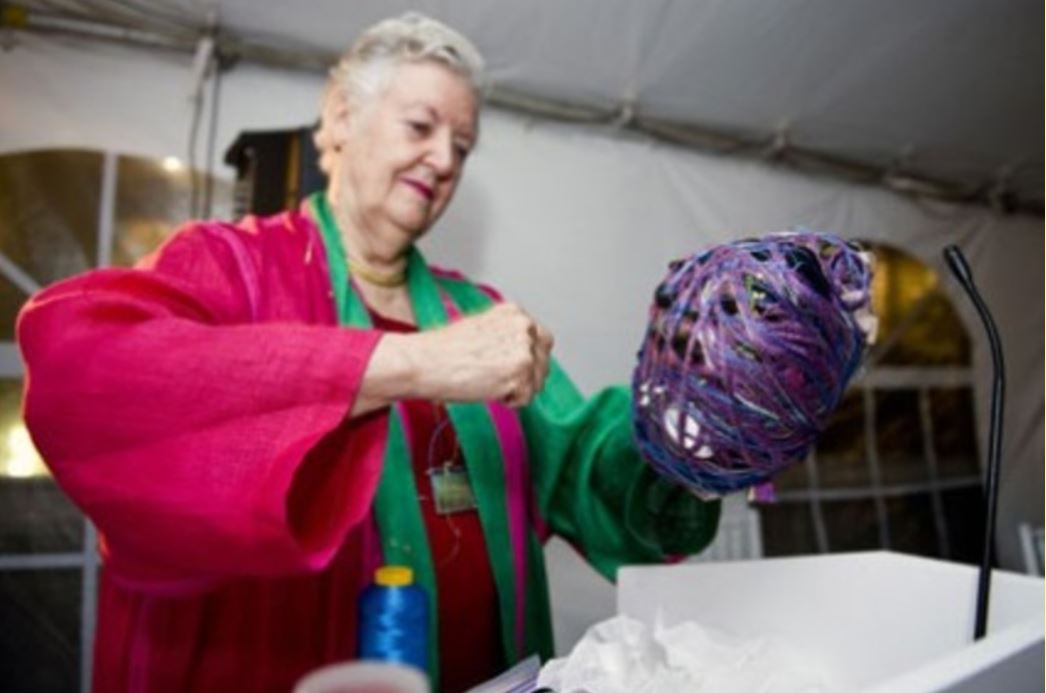 Now in her eighties, Hicks is experiencing something of a star turn. She exhibits all around the world, more abroad than in the US. In 2010, a retrospective of the first fifty years of her work made its way around the East Coast from Massachusetts to North Carolina. I wish someone would bring it to the West Coast.

Many pictures of Hicks show her in an artist’s uniform of black. However, when she shows up for special events she often wears dazzling textiles. I would love to have a peak into her closet.