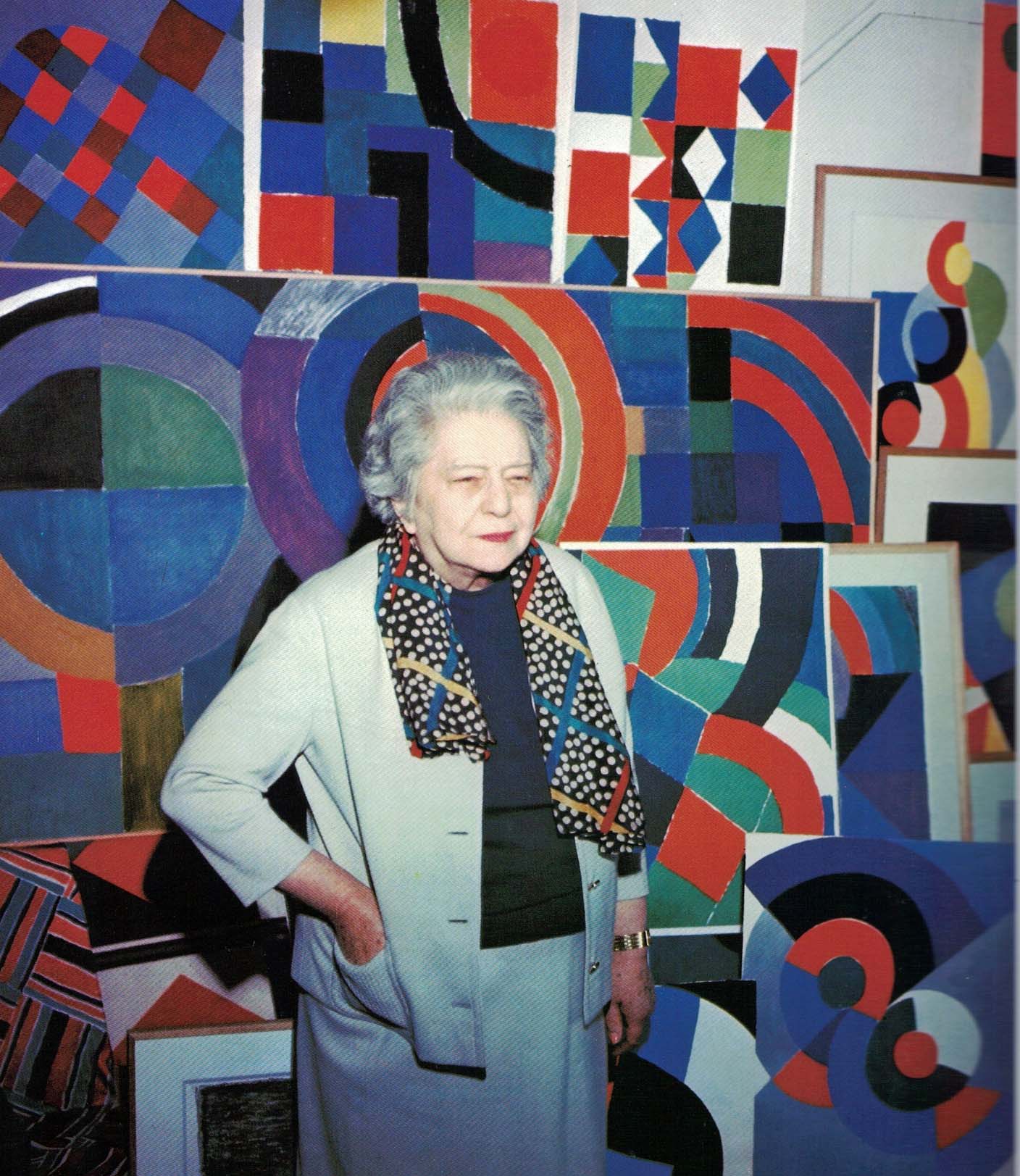 Delaunay in 1968. From Sonia Delaunay—Fashion and Fabric

This summer I have been reading a lot about the Russian born French artist and textile designer Sonia Delaunay, mainly to console myself for missing a big exhibit of her work in London. Born in Ukraine in 1885, she was raised in St. Petersburg. In 1903, she left Russia to study art in Western Europe, ending up in Paris. Although she is spoken of in the same breath as the Parisian avant-garde, she always acknowledged that part of her inspiration came from Russian folk art.

Trained in painting, Delaunay became involved in textile and clothing production in the 1910s. By the 1920s, she was making designs for a French textile firm, eventually founding her own textile company. Like her paintings, her textiles used geometric designs. “If we use geometric forms,” she stated 1927, “it is because these simple and manageable elements seem suitable to the distribution of color; and it is the relationships between colors that make the real object of our studies.” 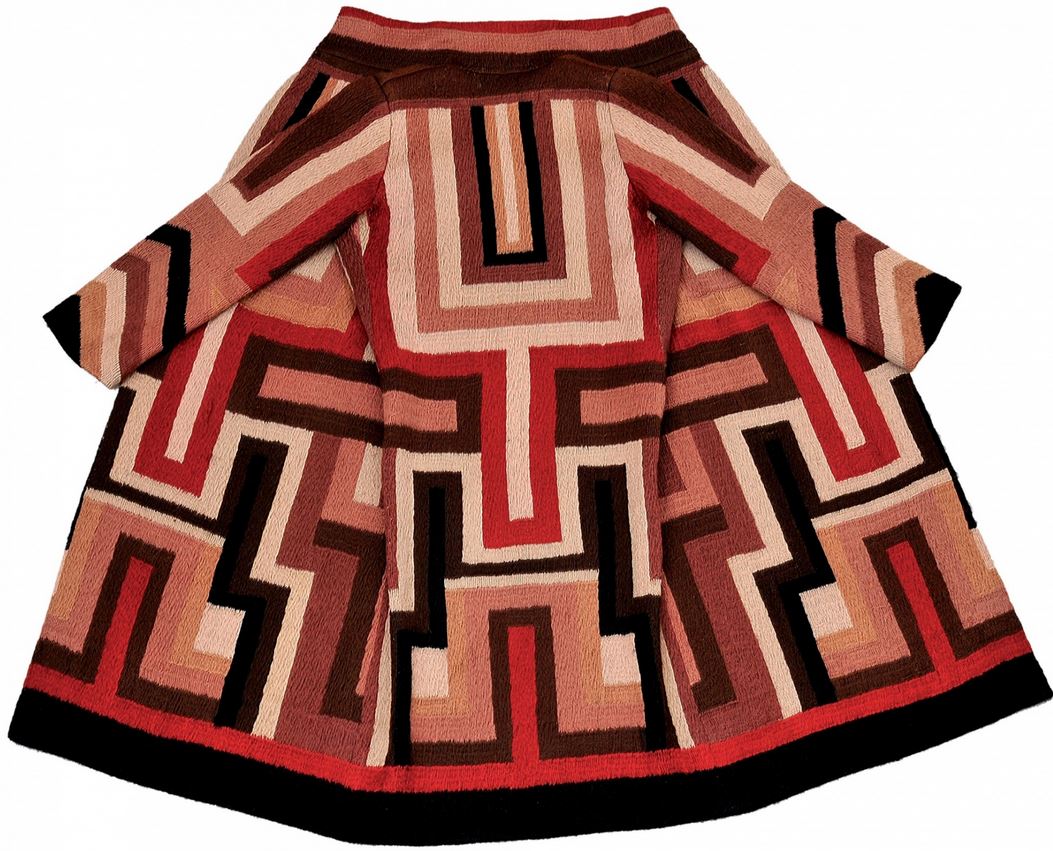 Delaunay did not believe that fine art like painting was superior to the decorative arts or fashion. In her work, she raised the status of textile design, along with supposedly feminine crafts like embroidery. Her colorful clothing was uniquely suited to the 1920s, when dress styles were simple and geometric shapes in vogue. As a lover of outer wear and all things geometric, I am almost brought to tears by the beautiful embroidered coat she designed for Gloria Swanson. 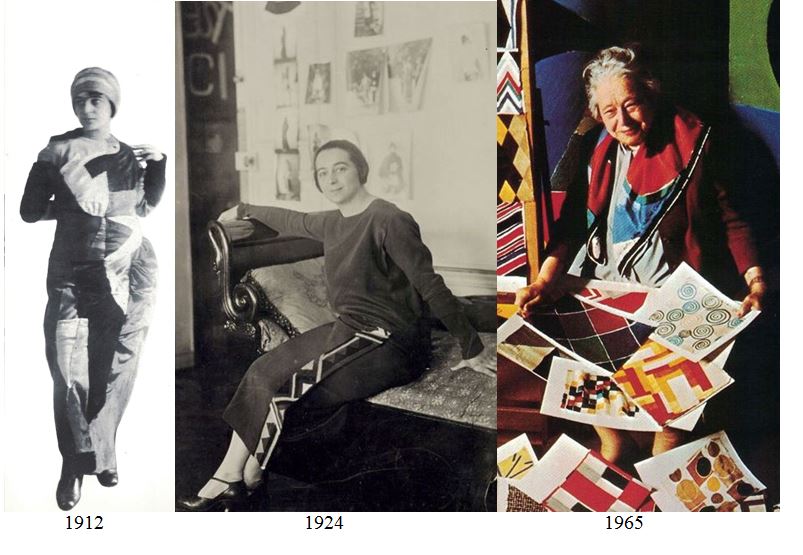 And what did Delaunay wear herself? She gained notoriety in the teens with bold all-over geometric dresses. Photos from the twenties put her in more subdued designs, where her prints work more as a focal point. She eventually relied mostly on scarves for color. The most recent photo I found was from 1968, when she was in her early eighties. It shows her in a plain Chanel suit with a bold original scarf as a testament to her exuberant career in textile design. If I can’t have the coat, I’ll take a scarf.