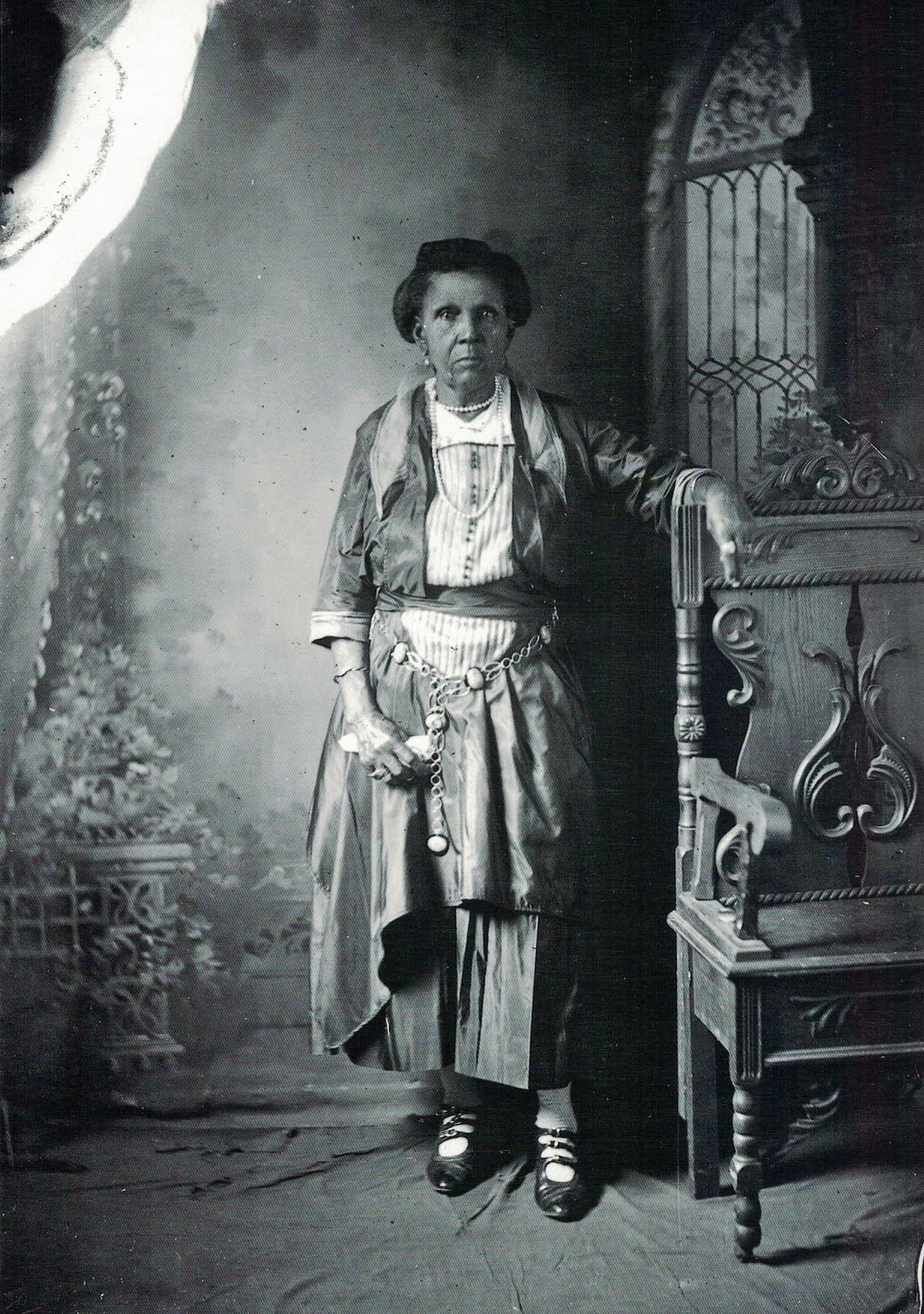 Have you ever stopped to wonder how many photographic records of the past have been lost or destroyed? This book, edited by Thomas L. Johnson and Phillip C. Dunn, is the result of an almost miraculous reclamation. Thousands of glass plate negatives made by the African American photographer Richard Samuel Roberts were rediscovered in the family home in Columbia, South Carolina, still occupied by one of Roberts’ children. The plates made their way to Dunn, an art history professor at University of South Carolina. His restoration efforts resulted in this beautiful book.

Roberts was a self taught photographer who earned a very wide following in Columbia, South Carolina and its environs. The range of photos is amazing—families, single people, young lovers, school children, the wealthy and the not so wealthy. You can see several examples on this Flickr page. Researchers worked hard to identify the subjects, and several important local figures are represented. However, most of the photographs depict unnamed individuals, ordinary residents who decided to have their portraits taken.

Older women are very well represented in this volume, both on their own and as a part of family groups. There many are dignified head shots, but I was most interested in those that showed the entire outfit. In the two I’ve chosen, both taken sometime in the 1920s, the dress styles are not up to date. This phenomenon is so common among older women of all income levels that historians of dress have given it a name—the fashion lag. 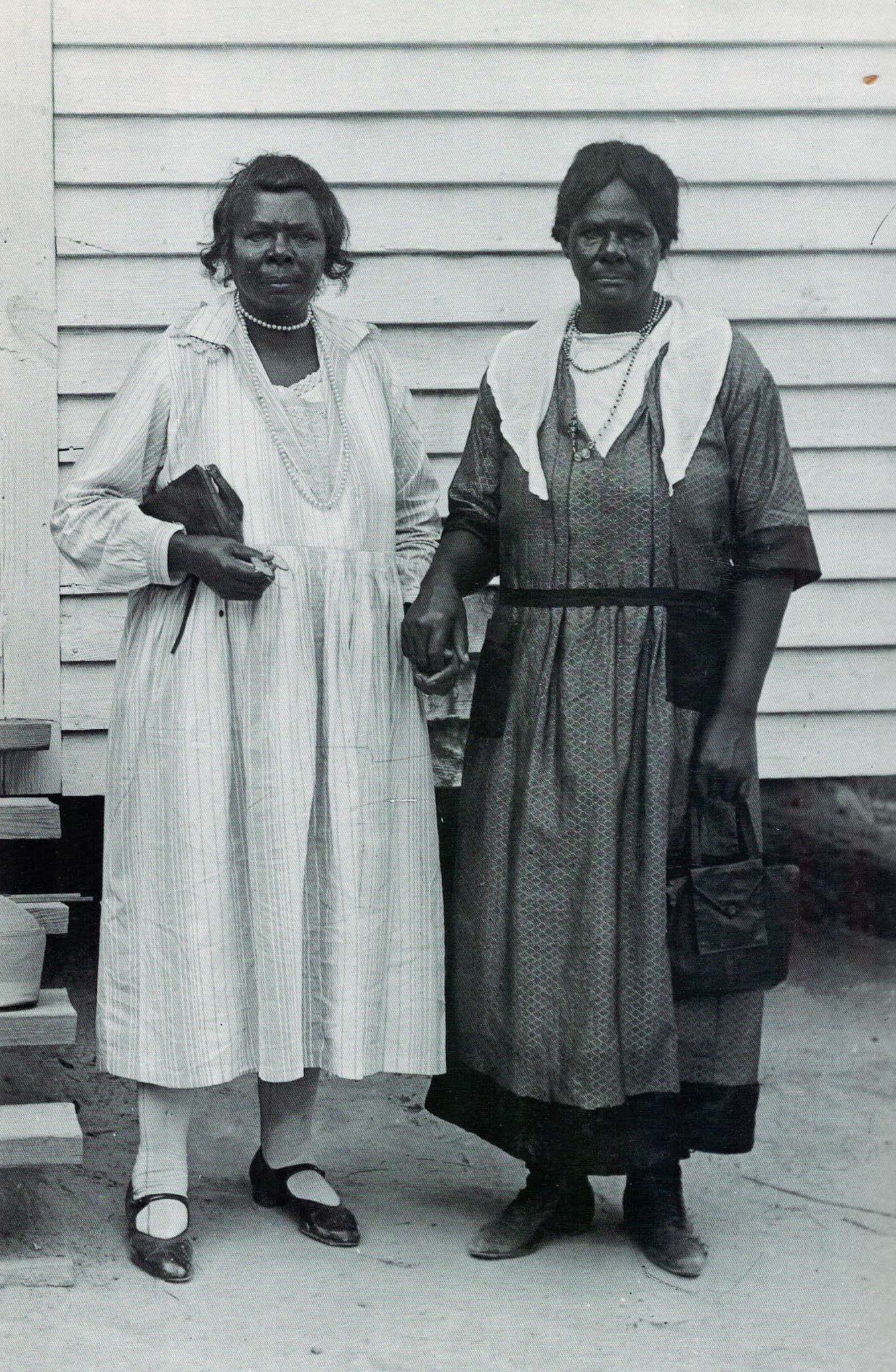 The elegant older woman posing in Roberts’ studio above wears a dress style popular in the late 1910s. Her shoes, however, are right up to date. Look at her beautiful jewelry, including earrings, a long pearl necklace, many rings and bracelets on both hands, as well as a striking belt. The fabric has the stiffness and sheen of a silk taffeta.

The two rural women, clearly relatives, come from more humble circumstances. Their dresses are cotton and also not contemporary cuts. However, both added stylish touches with the long necklaces draped around their necks. The white dress of the woman on the left has beautiful lace details. She wears shoes from the twenties and white stockings to match her dress. The older woman on the right is much less prosperous, judging by her old, scuffed shoes. I was puzzled that the patch pockets on her dress appear to be at different levels. Or is that a belt with an attached pocket at her waist? And did she add the white kerchief/shawl around her neck to dress up the outfit?

I am learning more about the history of photography through my husband, who is schooling himself in this field. He found this wonderful book in our university library. From the piles of books he brings home I have discovered that photos printed from glass plates give the clearest and most beautiful details.

The Cheerful Granny of 1925
Colors for the Mature Woman, 1920s
Grandmothers in Kerchiefs at Ellis Island
This entry was posted in 1920s and tagged African American, book review, photographer, shoes, South Carolina. Bookmark the permalink.