Helena Rubinstein and the Fine Art of Photo Retouching, 1932 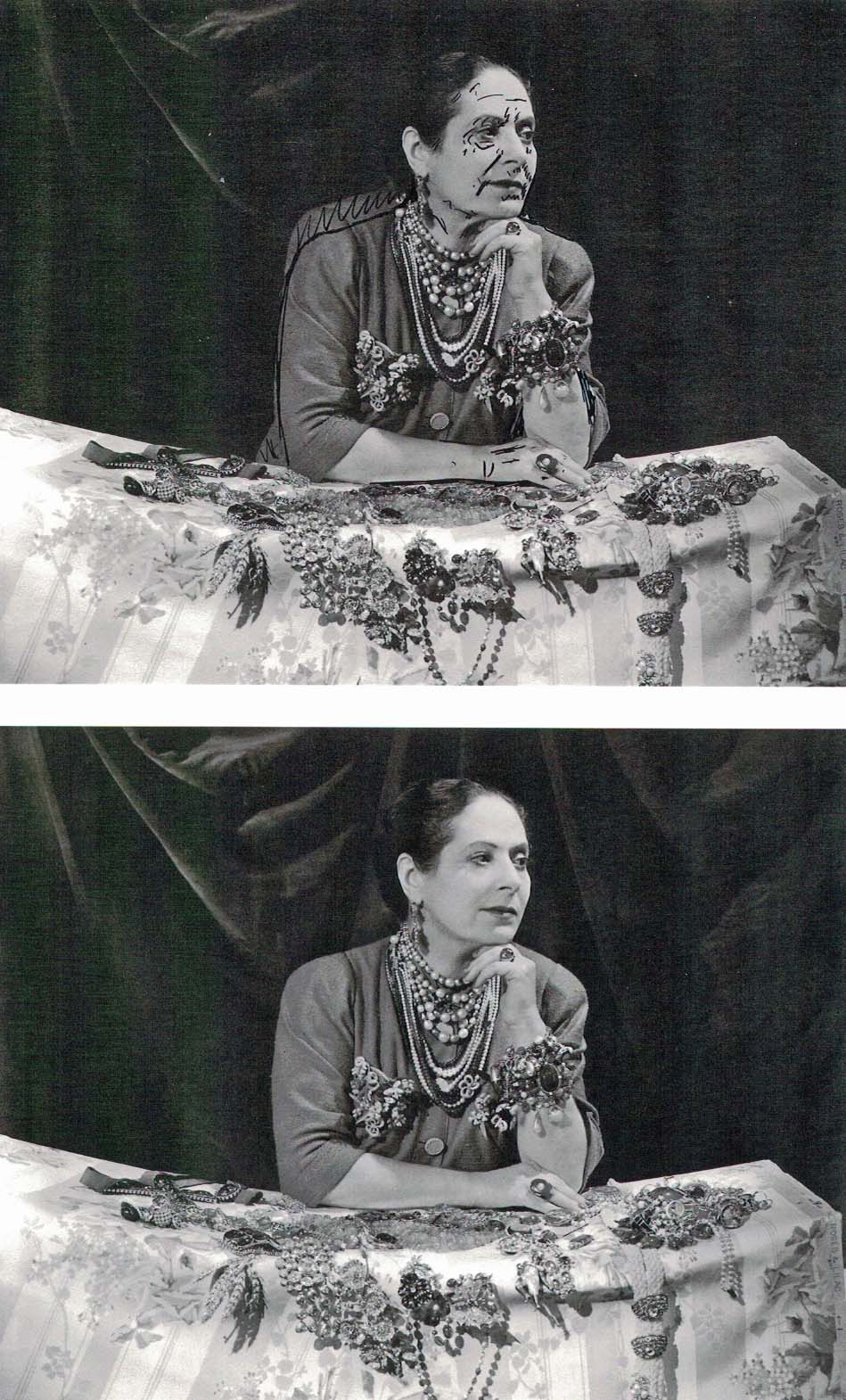 From Helena Rubinstein: Beauty is Power by Mason Klein

How did famous beauties control their image before the era of Photoshop? They had their photographs retouched. Apparently altering negatives to achieve different results is a process as old as photography itself. Because she had made herself into the image of her brand, looking beautiful was very important to Helena Rubinstein. That was easy when she was young with flawless skin, but it became more problematic as she aged. Rubinstein was sixty when famous photographer Cecil Beaton took this photo in 1932. The marks on the top version indicate the problems of age—wrinkles on the forehead, around the eyes, and near the mouth, as well as wobbles along the jaw line. In the published photograph, she looks to be in her very early middle age—quite a recommendation for her beauty products!

This photo, which was published in Vanity Fair, also shows that Rubinstein belonged to the “more is more” school of fashion. She is wearing one of her favorite designers, Schiaparelli, and enough jewelry to open a small store. According to Mason Klein’s recent study, one of her favorite sayings was “Quality is nice, but quantity makes a show.”

2 Responses to Helena Rubinstein and the Fine Art of Photo Retouching, 1932