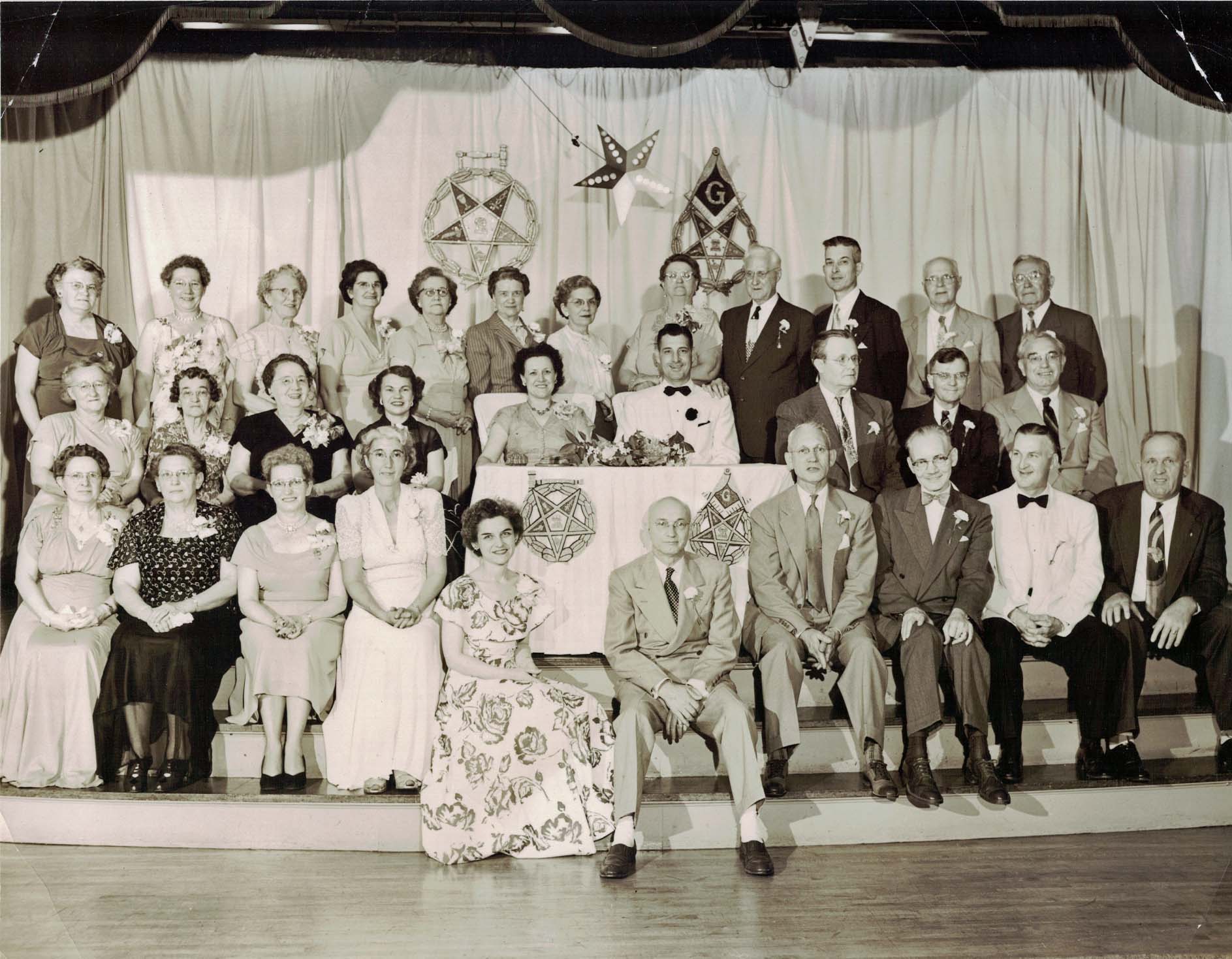 Since fancy dress up wear is often a problem for older women, I was fascinated by this photograph of an Eastern Star event most likely taken in the early 1950s.  The Eastern Star is an affiliate organization of the Masons. Founded in the United States in the mid nineteenth century, it was open to Masons and women related to them. On the left you see the symbol of the Eastern Star. On the right, the Masonic symbol is placed above it.

The women wear many kinds of clothing, from long dresses in the front row to a striped suit in the center back. Was there no dress code? Except for one middle aged woman second to the left in the back, everyone wears short or long sleeves. Look at the variety of shoes visible in the front. Moving from left to right we can see a dressy version of the sensible shoe, a trim pump, and small slice of an open toe.

So when was this photograph taken? I am guessing in the early 1950s. The older men in front are wearing the double breasted, peak lapel suits popular in the 1940s, but still available in a 1951 Sears catalog. Younger men in the back favor the trimmer lapels that came into style in the fifties.

The women also show trends from both the forties and early fifties. I asked costume designer and fashion historian Witness2Fashion for her analysis, and she noted that the two younger women at the center wear dresses with short filmy sleeves, a style very popular in the early fifties. On the other hand, several of the older women still have forties style shoulder pads in their dresses. The short haircut many wear was also popular in the early fifties, although Witness2Fashion noted one marcel wave, which harkens back to the 1920s.  Some women don’t like change!

I found this photo in a Chicago thrift store in a folder of items from Indiana, so I’m guessing that’s where it was taken. I wonder if the gentleman in the front row ever looked at the picture and asked himself why he was wearing white socks.