B. Smith’s Patterns for Vogue 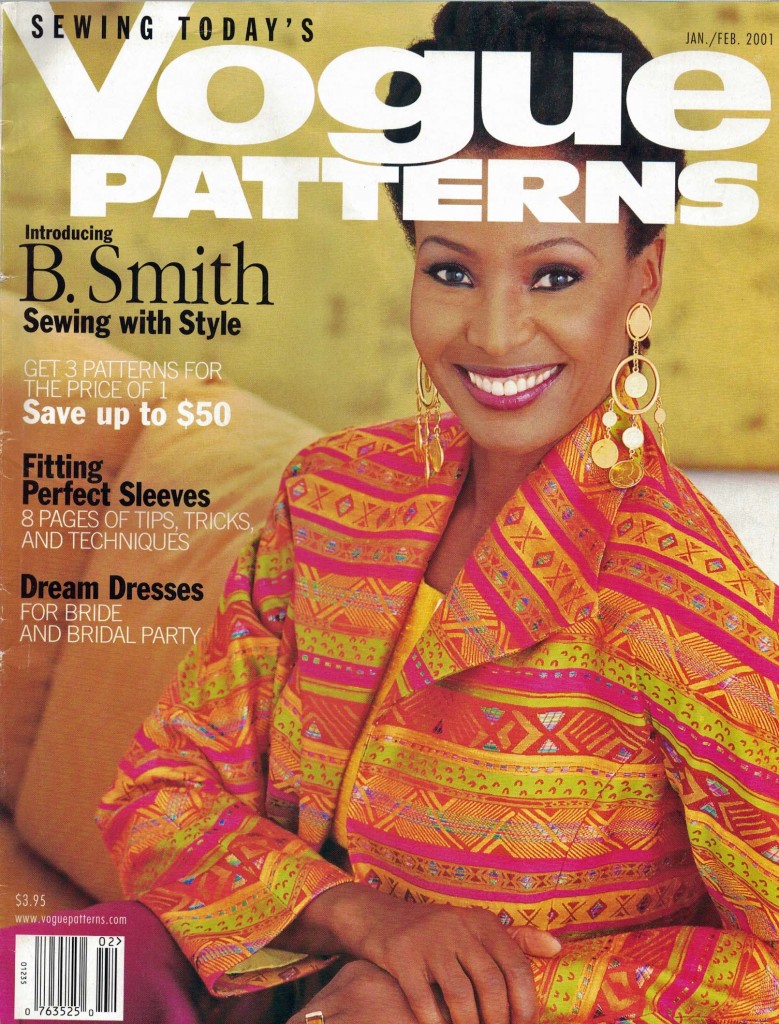 In 2001, Vogue Patterns launched a line featuring the well known African American restaurateur, home wares designer, and media personality B. Smith. The magazine article in Vogue Patterns, “B. Smith—Sewing with Style,” explains how the collaboration came about. According to Smith, the company approached her. As someone interested in fashion—she had a career as a successful model behind her—she welcomed this chance to offer patterns that were versatile, comfortable, and flattering to many body types. She was always the model on the pattern envelops.

Although there is no mention that Smith had any experience designing clothes, the resulting patterns reflected the kinds of clothes she liked to wear, comfortable day-to-evening looks. Most came with coordinating pieces. For example, the pattern on the magazine cover included a fitted jacket, fitted top, wide palazzo pants, and a sheath dress.

Smith was fifty-one when she took this step into the pattern business. The clothes appear to be aimed at older women who liked to get dressed up. Unlike most Vogue patterns, which only went to size 18 (bust 42), hers went to size 22 (bust 46). Of the nine different pattern sets that appeared under her name, none was strictly casual. Even a knit wardrobe, Vogue 2658, came with a dress. One evening dress pattern, V2656, offered a long sleeved version, clearly a nod to the older set. 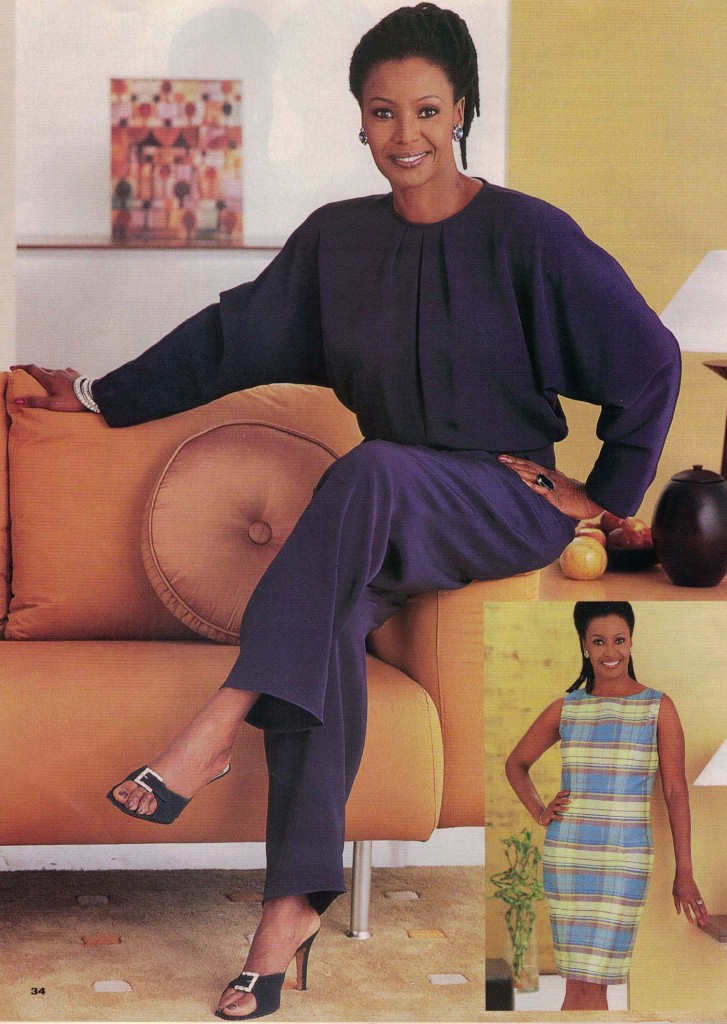 One of her most loved patterns included a jumpsuit, “because they move well and are an instant outfit. I wear them even when they’re not in style!” (Vogue Patterns, January/February 2001, 35) Since they are now in style again, you might look for her version, V2521, on Ebay or Etsy. A dress is also included.

In the brief online biographies I found, Smith’s collaboration with Vogue is not mentioned. These days she is known for something else entirely. She has gone public with the sad news that she is suffering from early onset Alzheimer’s. Be well, B. Smith.

Donna Karan in the Black
Olive Kitteridge's Homemade Dress
Book Review: The Woman I Wanted to Be by Diane von Furstenberg
This entry was posted in 2000s and tagged African American, sewing. Bookmark the permalink.

1 Response to B. Smith’s Patterns for Vogue