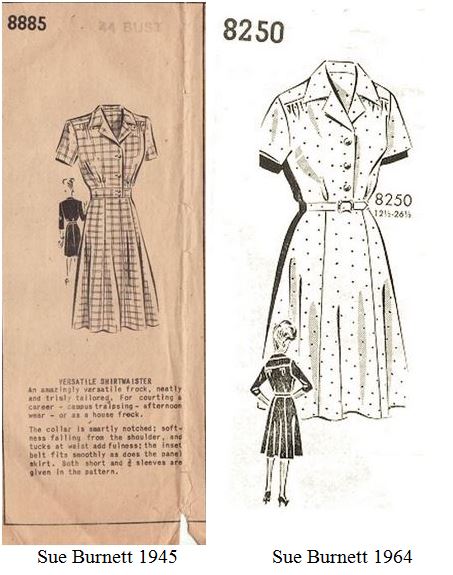 In her interesting book, A History of the Paper Pattern Industry, Joy Emery draws on an interview she had with the last owner of the company in 1996, the year Famous Features closed. “The styles of the patterns were consciously not high-style (even ‘frumpy’), meant for more lasting appeal,” the owner said. (79) Because the company did not care about current trends, their styles could be recycled through the decades. Except for the small changes in the waist treatment, style 8885 from 1945 is almost identical to number 8250 two decades later.

Older women were one of the target audiences for these patterns, which were inexpensive and offered in larger sizes. If someone grew attached to the “Versatile Shirtwaister” when she was in her thirties in 1945, she could make it again twenty years later in a larger size. This might be one solution to mystery of how some women seem to be wearing new clothes that are nonetheless far out of style. 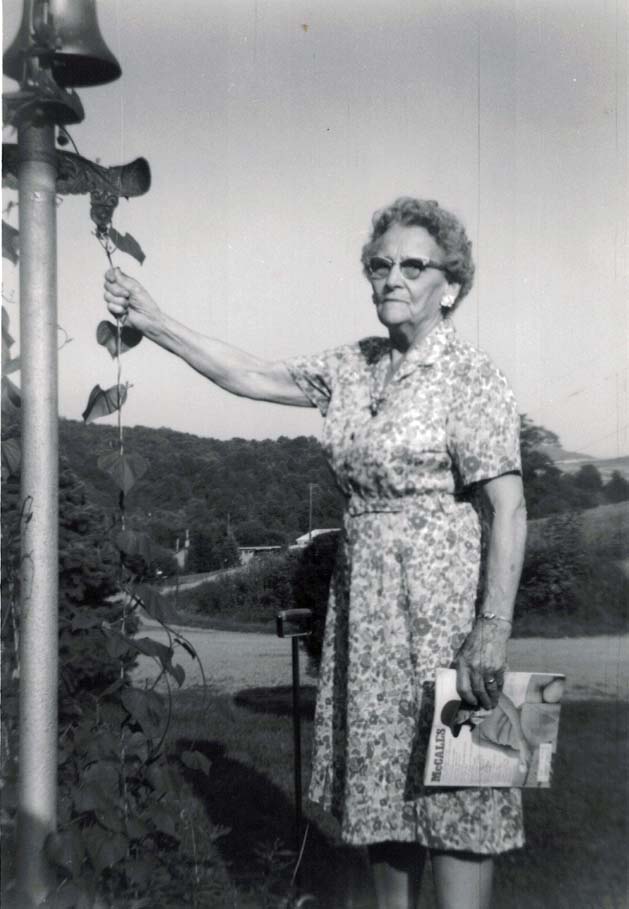 Maybe a Sue Burnett pattern is the source of Aunt Bette’s dress in this 1971 photo.

Fashion Advice from a Fashion Photographer, 1967
All Wrapped Up
Portrait of a Woman with Butterfly
This entry was posted in 1940s, 1950s, 1960s, 1970s and tagged sewing. Bookmark the permalink.