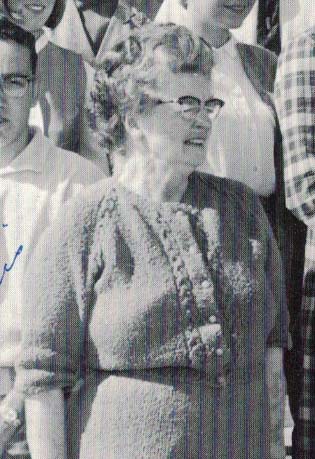 A few months ago I reconnected with a high school friend via Facebook, which has led into a swirl of teenage memories.  She recently posted a photo of our school’s honor society for the 1966-67 academic year. It wasn’t the shock of my sixteen year old self (on the very far left in the photo below) that caught my attention. Instead it was the faculty sponsor, my English teacher Mrs. Fessenden. 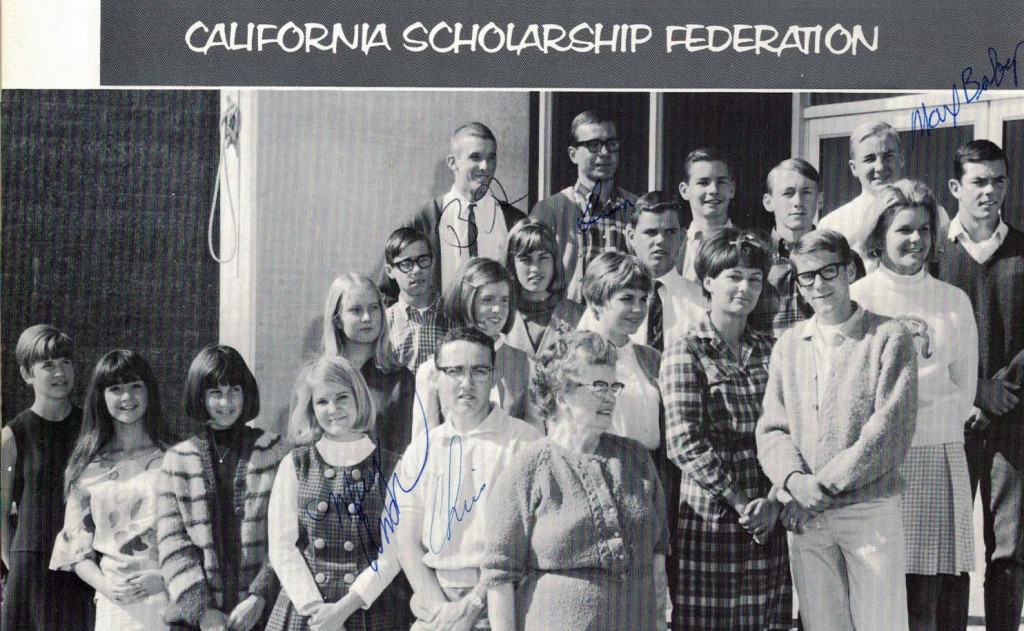 How old was she in this photo? At the time she seemed ancient, but I now guess she was probably in her early sixties. Her carefully coifed hair was a steel gray and her neck showed the sagging ridges of age. Her conservative outfits, like this knit suit with round pearl buttons, were carefully coordinated; her skirts fell well below her knees. Her eyeglasses, with their heavy top rims, were straight out of the 1950s.

Mrs. Fessenden’s husband was a Presbyterian minister and she solicited openly for new congregants during class. She didn’t like anything vaguely improper and refused to let me write a book report on Catcher in the Rye. But what sticks in my mind the most were her spelling tests, where she required that the assigned words be used in full sentences. I can still remember those weekly challenges demanding, for example, that we use the word penultimate in a dependent clause.

I do not remember her with affection, but she certainly helped me to learn good English grammar. Thanks to her I can easily tell a sentence from a dependent clause, a skill that can no longer be taken for granted. Rest in peace, Edith Fessenden.

The Birmingham Project of Dawoud Bey
A Studio Portrait, 1962
Gramie and Grampi Cut the Cake, 1960
This entry was posted in 1960s and tagged California, glasses. Bookmark the permalink.