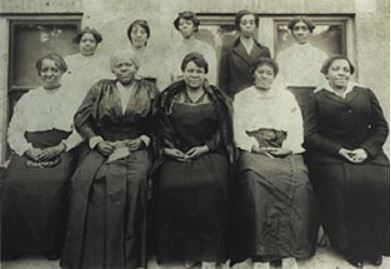 Sarah Breedlove, the woman who became Madam C. J. Walker (1867-1919), was born in poverty in the rural South.  Working her way up from washerwoman, she became one the most successful entrepreneurs of the early twentieth century. She did it by developing an amazingly successful line of hair products for African American women. Some criticized her for selling hair straighteners, but she insisted that her creams and shampoos were designed to strengthen and grow hair.

There were many similar hair care products on the market, but Madam C. J. Walker was a genius at promotion. She traveled the country, encouraging black women to set up salons to sell her products. Her advertisements appeared in all major black journals and newspapers. In addition, she started beauty schools to teach her hair care methods. Her company employed tens of thousands of beauty agents, offering black women a chance to earn good salaries. 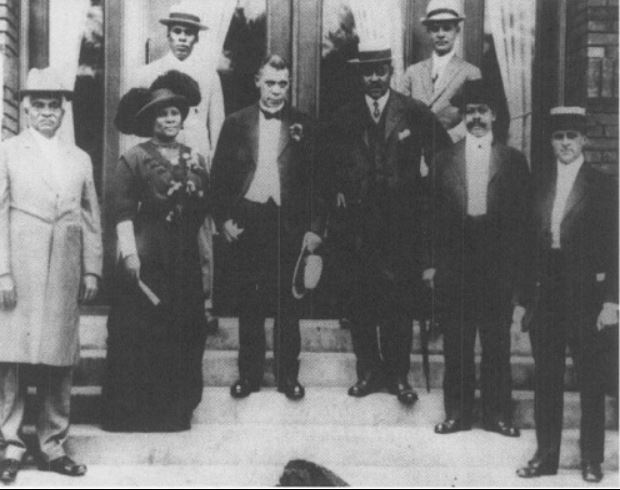 Not content simply to become wealthy, Walker got involved in many political and philanthropic causes. She supported black schools and colleges, gave money to churches and supported clubs for African American youth. She campaigned for civil rights, especially anti-lynching campaigns. A heroine for both black capitalists and social activists, in 1998 she was given her own commemorative stamp.

Madam C. J. Walker dressed in an elegant style and was never shy about showing off her  gorgeous head of hair. To learn more about this fascinating woman, take a look her great great granddaughter’s biography, On her own Ground: The Life and Times of Madam C. J. Walker by A’Lelia Bundles (2001).

The Language of Flowers for Older Women
Grandmother Smith with Ting and Ling
What to Wear on a California Vacation, 1914
This entry was posted in 1900s, 1910s and tagged African American, hair. Bookmark the permalink.