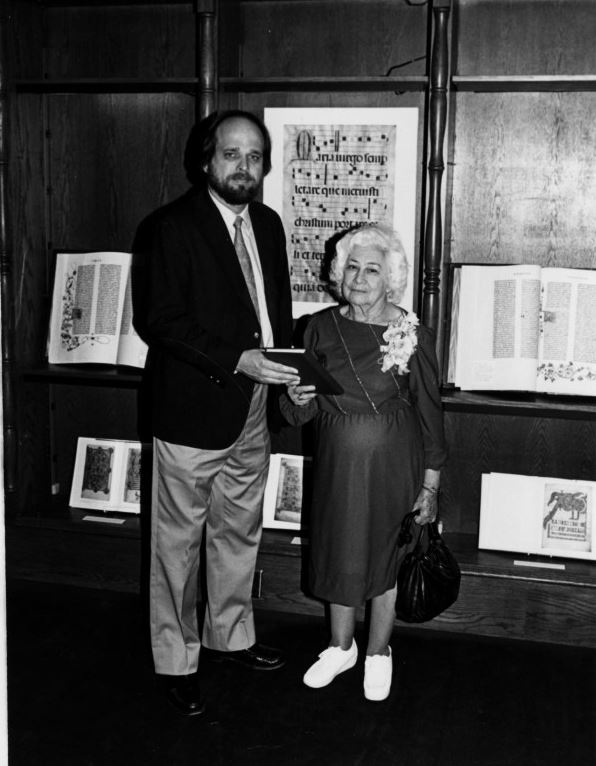 Born in Mexico in 1908, Irene Salce de Urbina moved to Texas in the 1940s with her husband and seven children. She became a US citizen in 1963. Her husband, a minister in the Mexican Baptist Church, died in 1967. The occasion for this photo was the donation of documents from the Urbina family to the Houston Public Library in an effort to document the contribution of Mexican Americans to the history of Texas.

The petite Urbina is dressed up for the event, complete with a big corsage. That makes her white sports shoes stand out all the more against her outfit. Unstylish, you say? Perhaps she was following the lead of actress Cybill Shepard, who wore orange Reeboks to the 1985 Emmy Awards. Or perhaps she thought that in order to stand for any length of time, she first needed to think of her feet.

The Cheerful Grannies Dance
Rosa Parks--A Lady and a Rebel
Turbans and the Older Woman
This entry was posted in 1980s and tagged Chicana Latina, shoes, Texas. Bookmark the permalink.