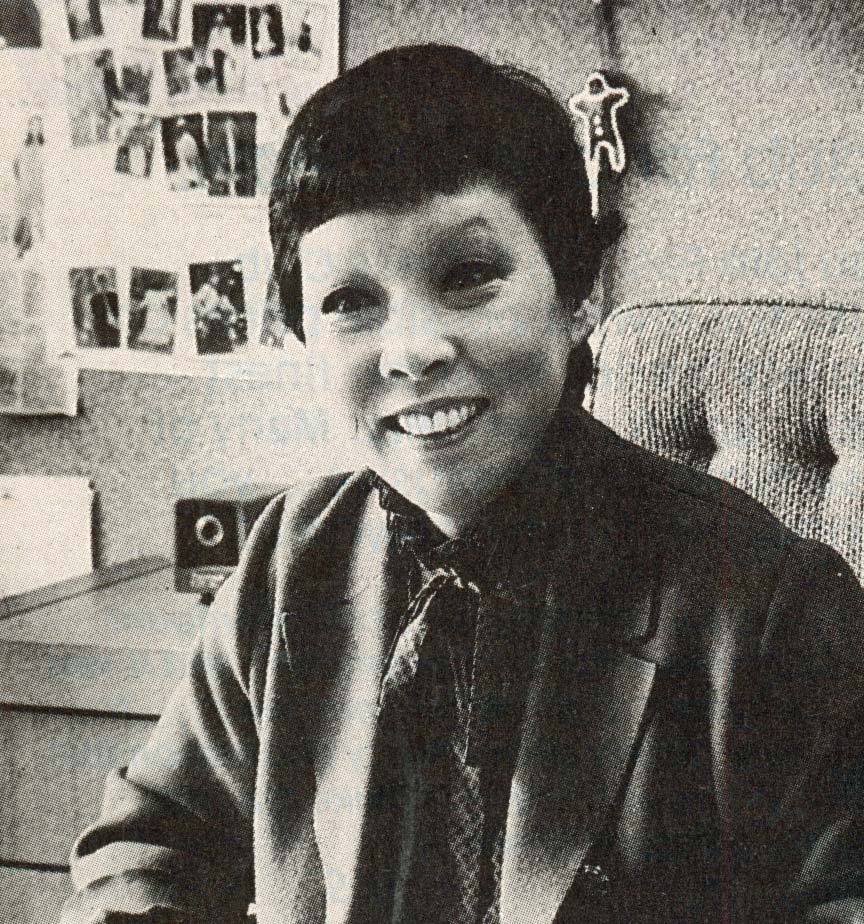 Some of my very favorite sewing patterns are by Koko Beall from the Very Easy Vogue series. Recently I came across a short feature about her in an 1981 issue of Vogue Pattern Book that peaked my curiosity. Here’s what I learned there and from a 1987 obituary for her husband, Joseph Beall.

I was at first surprised to learn that she was Japanese, although looking at her patterns I might have suspected it. Born in Tokyo as Koko Usui, she studied at the renowned Sugino Fashion College. She came to work at Vogue Patterns in 1961 and was the guiding force behind the new pattern series that started in 1969. “In great part, it is she you have to thank for bringing the sewing ease and fashion expertise of VERY EASY VOGUE into your life,” the unnamed author states. “Koko’s determination to put the Vogue couture reputation behind a new category of patterns that would attract and not frighten the beginning sewer, and, at the same time interest and stimulate the seasoned sewer, resulted in the birth of VERY EASY VOGUE.”(26) She left the company briefly in 1979 but then returned in 1981 as Design Director.

Beall prided herself on the fact that Very Easy Vogue patterns were original designs, not simplified versions of more complicated ones. Many well known designers contributed to the line, including Calvin Klein and Diane von Furstenberg. As far as I can tell, she began to issue patterns under her own name in the 1980s. It is the only instance I know of where an employee of Vogue Patterns got her name on the envelop.

When you search for Koko Beall on line, you find links to her patterns but no information about her life. I still have many questions. Just for starters, I did like to know when she was born, why she came to the US, and whether or not she is still alive. If you have answers, please let me know!

4 Responses to Searching for Koko Beall