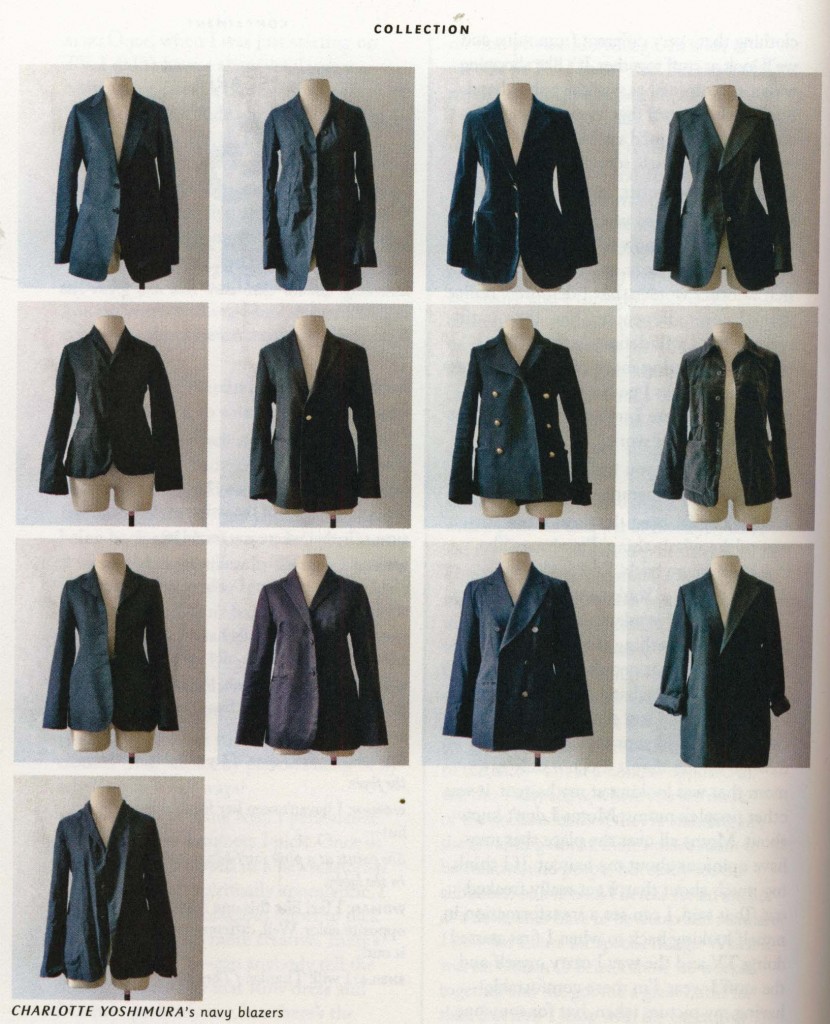 Women in clothes—it’s not surprising that such a big topic would result in a very big book. This volume weighs in at over 500 pages, some of them in very small print. Edited and masterminded by three writers, Sheila Heti, Heidi Julavits, and Leanne Shapton, it’s based on extensive questionnaires they sent out to hundreds of women. The queries, which fill two and a half densely packed pages, range from the specific, “Do you care about lingerie?” to the very general, “Please describe your mind.” Over 600 women give their responses.

This is a post modern book. Instead of a grand narrative, there are many intriguing fragments made up of memoirs, poems, drawings, photographs, lists, pictures, and questionnaire responses. Sometimes more than one genre occupies a page. I read in the old fashioned way, working from front to back. In retrospect, it probably would have been better to approach it like a coffee table book that you leaf through, reading short sections at random.

It has an impressive range, including the ideas of women from many countries, races, sexualities, and ages. The contributors look at clothes from multiple points of view—from the designer’s, the garment worker’s, and the consumer’s. They examine clothes as sources of smell, tactile pleasures, and objects of memory. I was not very interested in the accounts of obsessive clothing consumption. However, I loved the photographs documenting clothing “collections,” the many things of a similar type that we buy without realizing what we are doing. How is it possible, I wondered, that someone could accumulate thirteen navy blazers? But then I was reminded of the five orange jackets and two orange coats in my own closet.

Although older women’s voices were present in the book, I felt they were underrepresented. They are mainly there as objects, not subjects. Some younger women said they admired the style of the older set (and in fact this was a query on the questionnaire), but many expressed fear and loathing about their own aging. “I’m on my way to being a sexless woman in khaki capri pants,” writes Christen Clifford. “And yes, I am being judgmental. Short gray hair, no shape, boxy bright T-shirts, sneakers. A wacky piece of jewelry. My worst nightmare.”(244)

But here’s an upbeat take away from this massive tome by young New Yorker Leora Morinis. “I admire the unapologetic. I admire women who have a sense of humor about the whole thing. I mean, about our lumpy little bodies roaming around the planet, covered in bits of woven cloth.”(455)

This entry was posted in 2010s and tagged book review. Bookmark the permalink.