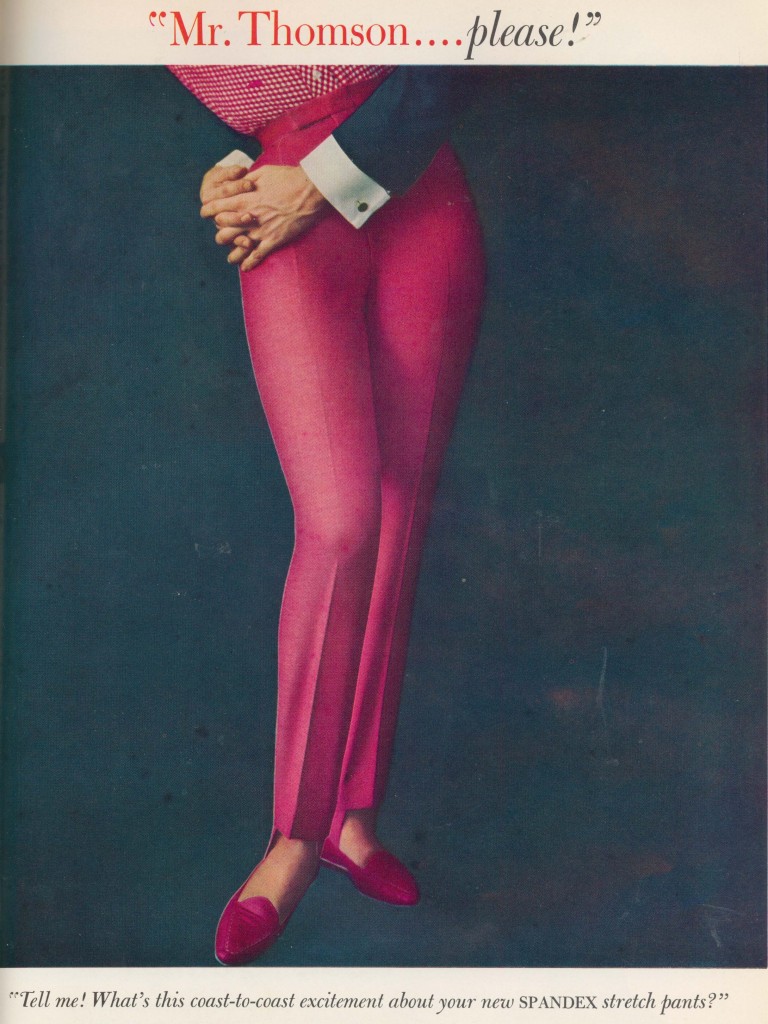 “Tell me! What this coast-to-coast excitement about your new SPANDEX stretch pants?” reads this ad for Mr. Thompson pants. Instead of chiding the man for his inappropriate advances, this woman (probably on the young side, given her tiny waist) is asking him to elaborate on the success of his brand.

This ad appeared in the March 1964 issue of California Stylist, a special issue on pants. My first thought, after “You’ve got to be kidding,” was to wonder in what situation a man in a suit with French cuffs would be embracing a subordinate woman wearing magenta stretch pants. You might guess in an office mail room, but pants didn’t really make it into the white collar workplace until the next decade. And although California was known for its casual lifestyle, the editors of the magazine assert that pants were best suited “for active sports, leisure, or even entertaining.”

So tell me, where did Mr. Thompson meet his companion for their discussion about stretch pants? At a cocktail party where she is underdressed and he is overdressed? On the street as she left from lunch with friends and he was on the way to the bank? Inquiring minds want to know.