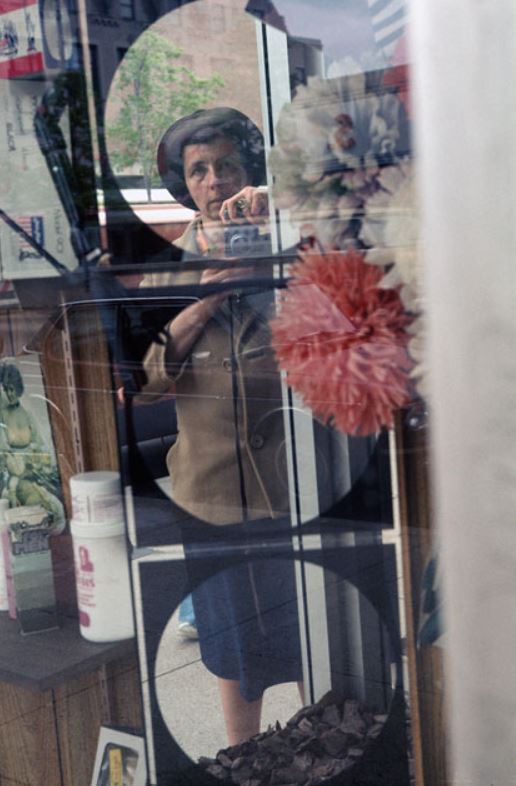 From Vivian Maier: Self Portraits, 2013

The enigmatic photographer Vivian Maier (1926-2009), whose work was discovered after she died, is the subject of this documentary by John Maloof. He is one of the two men who are working to bring her vast legacy to the public. This engaging yet troubling film shows how he tracked down her life story by sifting through the vast piles of the possessions—film, tapes, receipts, clothes—that this eccentric pack rat left behind when she died.

Maier does not emerge as a very nice person. Working most of her life as a nanny, she neglected and even mistreated some of the children under her supervision. Her major method of child care was to take her charges on outings in the city of Chicago, using the trips as opportunities for photo shoots. In the process she traumatized a number of children and parents with her choice of venues, like the killing yards at the Chicago stock yards.

Of course I was interested in what she wore. The film shows piles of items culled from her storage locker, including costume jewelry, hats, and a motley collection of front buttoned shirts. She is not remembered from her style. One commentator snidely described her as looking like a factory worker in the Soviet Union in the fifties. (As a former historian of the Soviet Union, I took umbrage. Soviet women went to great efforts to look nice.) 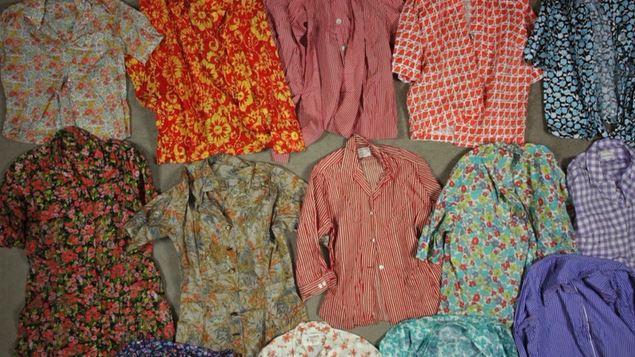 Maier’s many self portraits tell a different story. Although she didn’t care about current fashion, I thought she had a distinct and interesting style. Her clothes were plain but with clean, angular lines. I particularly admired how she wore her hats. In the last self portrait I found, taken when she was fifty two, she had added a large ring to dress up her outfit.

How did she live once she stopped working? The film offers no visual evidence, but the oral history does not sound pretty. She had a small apartment in northern Chicago, paid for by two of the children she had once cared for. Her neighbors, interviewed in the film, thought she was a crazy trash picker. They had no idea that she would emerge as one of the great chroniclers of their city.

For more photos by Maier, go to her page on the website Artsy.