Posing for the Photographer–American Indians, 1940 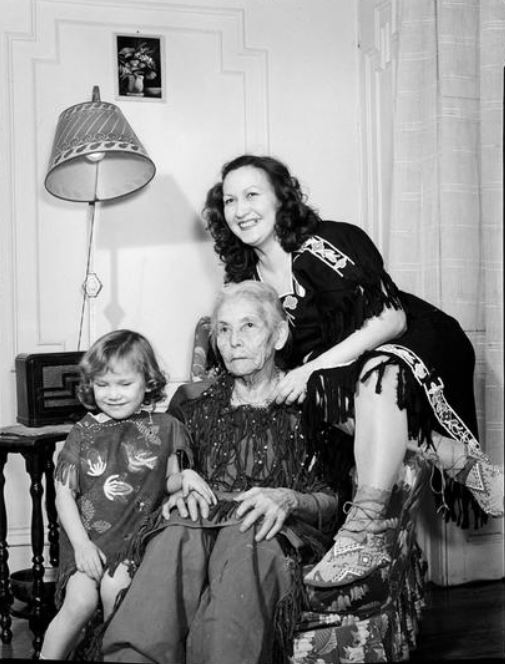 Photographer Alexander Alland was something of an anthropologist. An immigrant himself, he began to take photographs of “hyphenated” Americans in the late 1930s and early 1940s, at first as part of an assignment for the New York World’s Fair of 1939-40 and then as an avocation. Since he worked in New York City, he had a wide range of ethnic and racial groups to choose from.

In his well-known book American Counterpoint (1943), the subjects range from Armenian-Americans to Ukrainian-Americans, with scores of others in between. An early advocate of  multi-culturalism, Alland’s goal was to show “the differences and similarities among Americans of many national and racial backgrounds.” (147) In many of the photos, family members and friends are dressed up in group-specific clothing, such as embroidered Bulgarian shirts and Scottish kilts. The photographs were staged, but Alland wanted to document folkways and customs. (I sincerely hope that they were wearing their own clothes!)

Alland was particularly interested in Native Americans, called American Indians in the book. He presents them as a unified group, without any information about their specific tribes. The picture above of three generations didn’t make it into his book, but was clearly part of the project. The older woman’s clothes look different from her younger relatives. While their tunics appear to be decorated with embroidery, hers has long twisted and beaded strands that look somewhat like macramé. She also wears pants to cover up her legs. 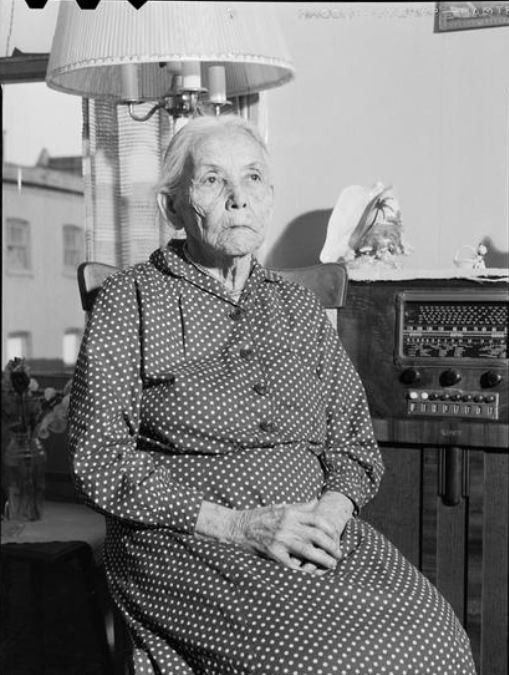 Did these three ever dress up like this when they weren’t posing for the photographer? Fortunately Alland also took a photo of the older woman in what I suspect was her everyday attire, here a polka dotted shirtwaist dress, a beloved style of the era. To my eye, in this picture there is nothing in her clothing or environment that identifies her as a Native American.

1 Response to Posing for the Photographer–American Indians, 1940