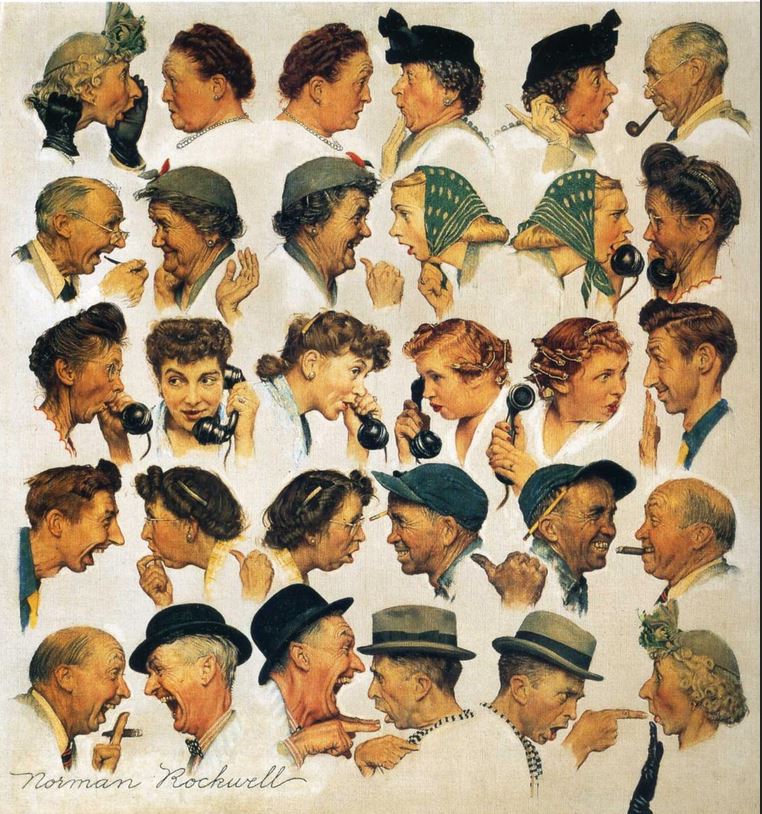 Do older women gossip more than other people? Norman Rockwell seemed to think so. In this work, made for the cover of Saturday Evening Post, nine out of fifteen gossips are women, and six of those are old. Maybe he was making a point about older people in general, since four of the six men are old as well. Its also possible that the old outnumbered the young in Arlington Vermont, where Rockwell lived and drafted the models for this image. 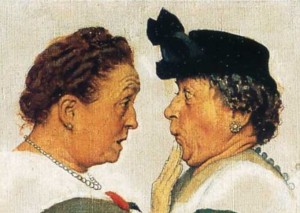 The small details in each portrait are wonderful—the parts of collars, jewelry, pipes and curlers all give a sense of individual personalities. I am particularly fond of the outline of buttons down the back of the third woman in the top row. Don’t they speak volumes about her fussy tastes? 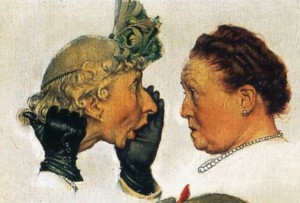 The older woman who started the gossip chain wears an original head covering with a net base and bow like decorations at the front. Underneath the netting you can make out her what looks like her scalp below her thinning hair. According to the Norman Rockwell Museum, the person who posed for this image wasn’t pleased with how it turned out—and I don’t blame her. 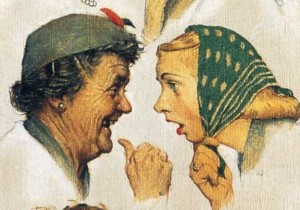 What else can we learn from this lovingly satirical portrait? Gloves are apparently not essential in this small town; only the original gossiper has them on. Hats are worn by the older set, while the one woman in a kerchief is young. And we might also note the gossipers’ relationship to technology. It is the young people who prefer to gossip on the phone. The older set—both men and women—spread their rumors face to face.