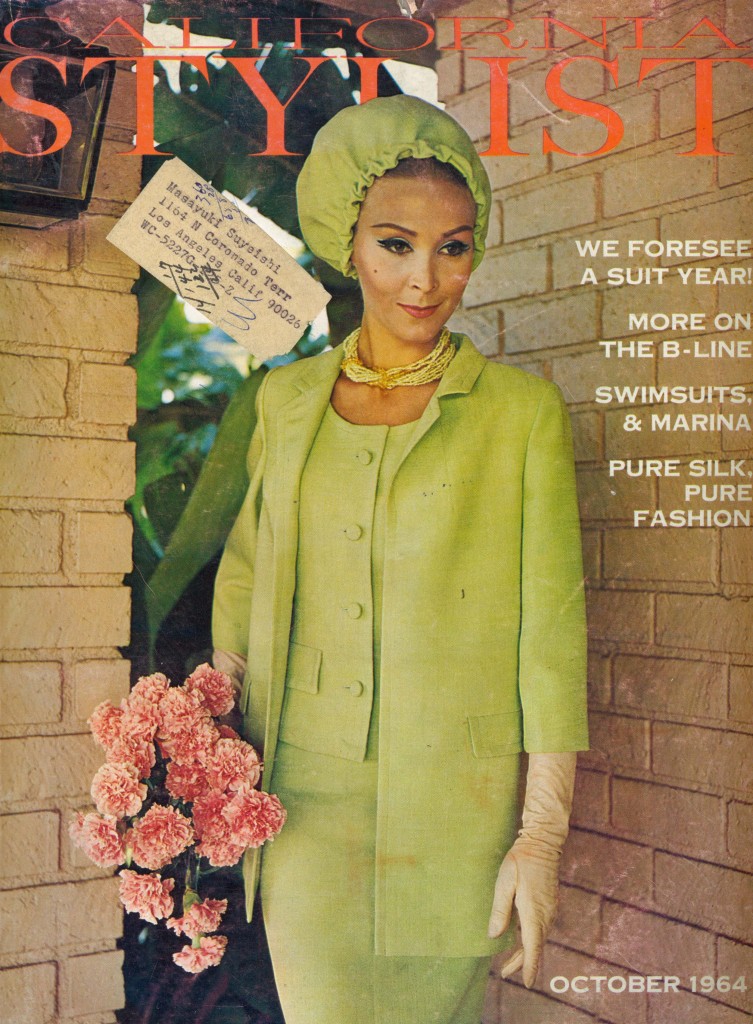 The California garment industry began expanding in leaps and bounds in the 1930s, and the magazine California Stylist (1937-1971) was there to document the process. I first discovered it while doing research in the Irene Saltern archive, which contained issues that featured her work. It is now extremely rare; according to World Cat, only the Los Angeles County Museum Library contains a near full run of the journal. It was able to find three issues from 1964 on ebay, but they were pricey.

Featuring only women’s clothing California Stylist was one of four periodicals put out by California Fashion Publications. (There was another one for menswear). Despite the California title, the journal also covered other West Coast production areas, like Portland Oregon. Filled with advertisements by garment manufacturers and fabric producers, it also had features on current fashion. The intended audience appears to have been department store and boutique buyers.

The October 1964 issue featured suits. I was drawn to the older looking woman on the cover, with her extreme make up and odd hat. (Is it just me, or does that look like a fancy shower cap?) Writers were eager to emphasize that a California suit was different than those made elsewhere: “A way of life called forth a particular styling effort, and the California suit was born. Characteristically slim and elegant, pacing so many new trends, relying on color and lightweight fabrics and fresh new ideas, this concept has an identifiable look wherever it travels in the world.” (88) In the fourteen page feature on suits, I was surprised by the dressed up look of the models. Over half of them wore hats (although no more shower caps); all but one wore gloves. 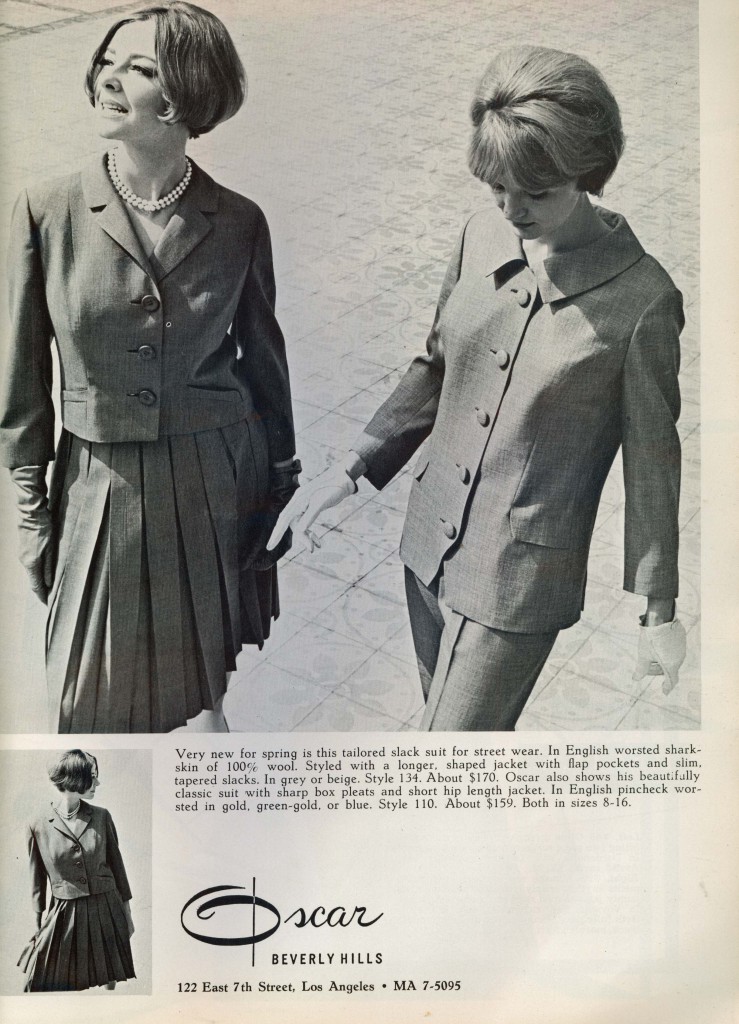 But one thing really caught by eye, an ad by Oscar Beverly Hills featuring a “tailored slack suit for street wear.” Wouldn’t you say that this was a predecessor of the pant suit? I would love to know if it caught on.

Gramie and Grampi Cut the Cake, 1960
A Gift for my Grandmother, 1965
City Mother—Dorothy Chandler
This entry was posted in 1960s and tagged California, hats/headcoverings, pants, resources. Bookmark the permalink.

7 Responses to California Stylist: A Trade Magazine for the West Coast Garment Industry