Half Sizes, Part 4: What Not to Wear 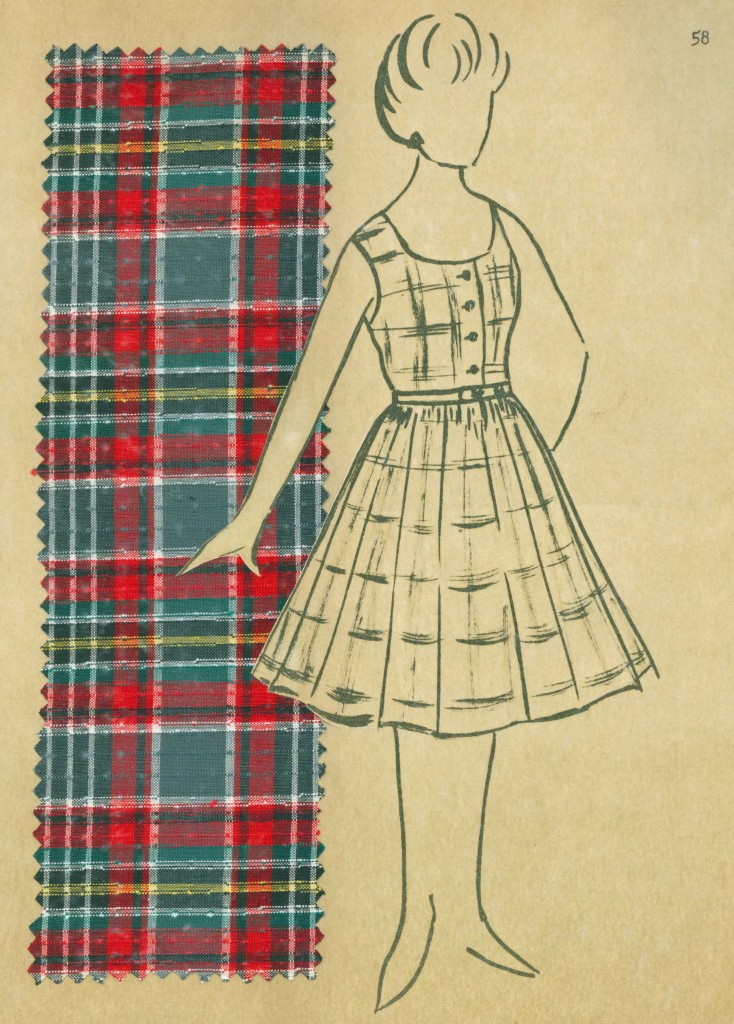 Evelyn Veronica Mason had a low opinion of ready to wear clothing for shorter, wider women. In her Master’s thesis “A Study of the Clothing Needs of Women who Wear Half-Size Dresses,” (University of Rhode Island, 1964), she chided clothing manufacturers for ignoring the specific needs of half-sized women. She felt that the dress above was one example of poor design, created for thinner women and then remade as a half size. According to Mason, it had many flaws: the open neckline and short sleeves showed too much skin (“much flesh exposure can be objectionable in mature women”), it was too short (“mature legs are not usually shapely enough to expose”); the textile pattern was too bold; and the gathered waist added girth. 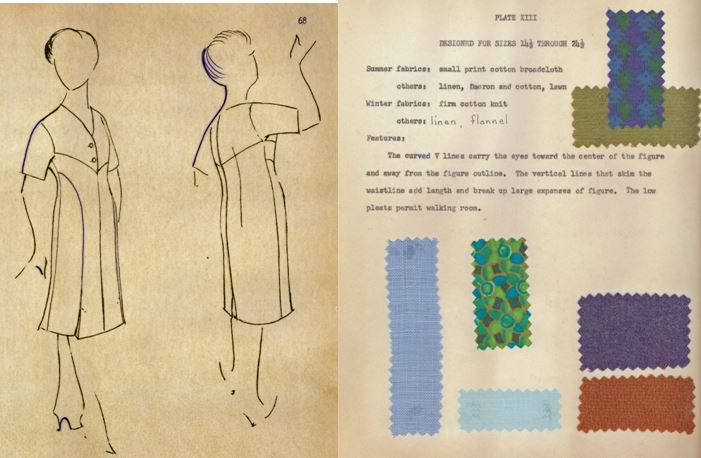 Instead, she offered her own vision of an appropriate summer dress for a half-sized woman of the 1960s. It featured a v neck to “carry the eyes toward the center of the figure and away from the figure outline” and many vertical lines “that skim the waistline and break up large expanses of figure.” Avoiding any impression of horizontal lines, she envisioned this dress in solids and small scale prints. Those colored bits are actual swatches of fabric, something I’ve never seen in a thesis before.

Given the choice, I would take her dress over the alternative. But judging by its complicated piecing, it likely would have cost more than the first version. Would the half size woman of the sixties have chosen style over cost?

1 Response to Half Sizes, Part 4: What Not to Wear