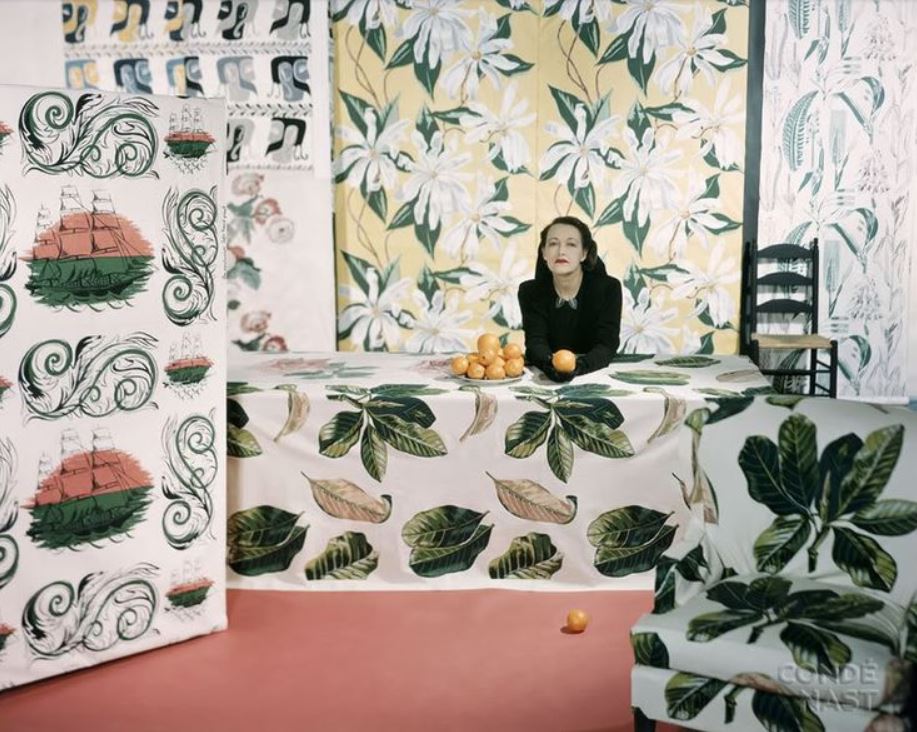 One beneficiary of the design classes at the American Museum of Natural History was Marion Dorn (1896-1964), who went on to make a career as a designer of textiles and carpets. She credited the classes with starting her career. By 1934, she was so well known in Britain that one journalist referred to her as “the architect of floors,” which is also the title of the illuminating biography by Christine Boydell (1996).

Born in San Francisco and educated at Stanford, Dorn at first intended to become a painter. Soon she turned to the potentially more lucrative field of textile design. While in New York, she tried her hand at batik, continuing with this method during a two year stint in Paris. But once she arrived in Britain in 1923, she was ready to branch out into woven textiles and carpets. At first she worked with small manufacturers, but by the mid 1930s she was so successful she could contract with large companies. Known for her geometric, abstract designs, Dorn was a favorite of modern architects.

When the Battle of Britain started in 1940, Dorn followed the advice of the US government and returned to the United States. There she had to start her career all over again. No purist, she changed her designs to match changing styles and American tastes. By the late 1940s, there were few traces left of the stripes, dots, and chevrons of the 1930s.

As a lover of all things geometric, I was disappointed to see Dorn surrounded by her designs of flowers, leaves and sailing ships in this photo by Horst that appeared in House and Garden in May 1947. Around 51 here, she is all in black, including black gloves. Was it Horst’s idea to make a dramatic contrast between her monochromatic look at the colorful textiles she designed?